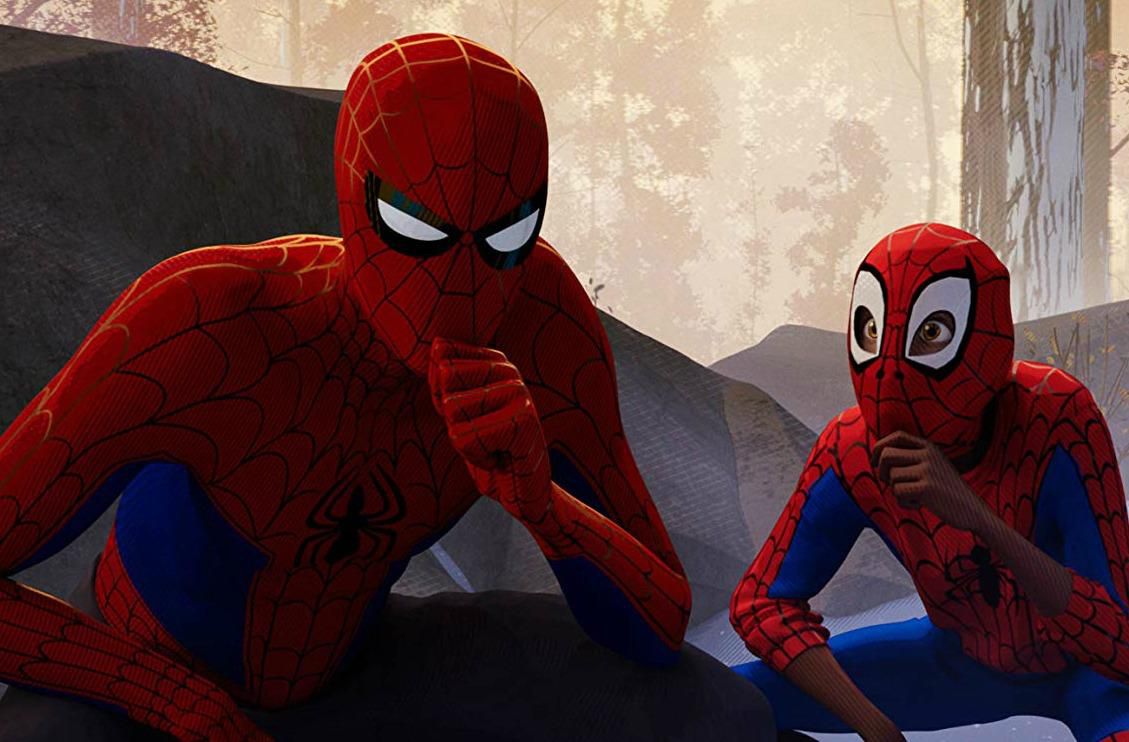 After sixteen years and six films, including a few reboots, you probably think you know everything there is to know about Spider-Man, huh? If so, I implore you to put away that notion and open yourself up to the distinct pleasure of experiencing Spider-Man: Into the Spider-Verse. The latest from Sony Animation represents some of the best and boldest storytelling out there.

The film opens with a flashy title sequence that immediately captivated me with its bold, colorful and kinetic art style unlike anything we’ve ever seen followed by a brief meta-recap of previous Spider-Man films narrated by the web-slinger himself before it’s all brushed to the side in order to introduce a new web-head named Miles Morales (Dope‘s Shameik Moore), a mostly confident and charismatic teenage Afro-Latino who’s beginning to feel suffocated by his two loving but overbearing parents and struggling to fit in at a new private school.

In the spirit of the Spider-Man character, life only gets harder for Miles after he’s bitten by a radioactive arachnid. Now he’s sticking to everything he touches, hearing his own thoughts at stereo level and inadvertently popping in and out of invisibility of all things. The film sends home what an emotional and psychological toll it’s all taking on young Miles while simultaneously utilizing some of these awkward situations for some of the funniest and most touching moments in the film. It’s a tight line to walk, but directors Bob Persichetti, Peter Ramsey and Rodney Rothman split the hairs evenly throughout and that’s one of the most impressive things about this film.

As if super-puberty wasn’t enough, Miles soon stumbles upon a secret underground laboratory where the notorious, pen-clicking Kingpin (menacingly voiced by Liev Schreiber) has built a giant atomic collider meant to access alternative universes. In good, ole Spidey fashion, Peter Parker’s Spider-Man (Chris Pine) is already on the scene, quips and all, fighting baddies and ready to save the day. Needless to say things don’t go as planned and multiple universes slowly start merging into one; a “Spider-Verse;” if you will.

This is also where the film itself opens up and for the first time in probably ever, one gets a true sense of just how sprawling and immense the comic book universe can be. We’re introduced to an alternate Peter Parker/Spider-Man (this one voiced by the always funny Jake Johnson of New Girl fame). He’s a witty, world-weary, overweight, divorced has-been who no longer a subscribes to the whole “with great powers comes great responsibility” thing. Reluctantly, he takes Miles under his wing and starts teaching him the ropes– er, webs?– of becoming a proper Spider-person.

From there Spider-Man: Into the Spider-Verse steers slightly away from the traditional mentor-mentee relationship by introducing not one, not two, but four more alternate Spider-people from different realities. There’s punk rocker Spider-Gwen (Hailee Steinfeld), the dark and gritty Spider-Man Noir (Nicolas Cage), the talking pig called– what else?– Spider-Ham aka Peter Porker (John Mulaney) and the Anime-inspired Peni Parker (Kimiko Glenn). It sounds like a lot for a two-hour movie, but the film keeps them at a respectable distance from the main thread with Peter and Miles. When the new Spiders do get their chances to shine, however, they leave a lasting impression.

If there is anything that bothered me about Spider-Man: Into the Spider-Verse it’s that at times I felt its message of “anybody can wear the mask” came on a bit too strong at certain points throughout; however, those moments are few and far between. There is simply far too much fun, originality and heart in this film to warrant anything but a super-strong recommendation.

Have you seen Spider-Man: Into the Spider-Verse? If so, what did you think? I want to hear your thoughts, so hit me up in the comments below!