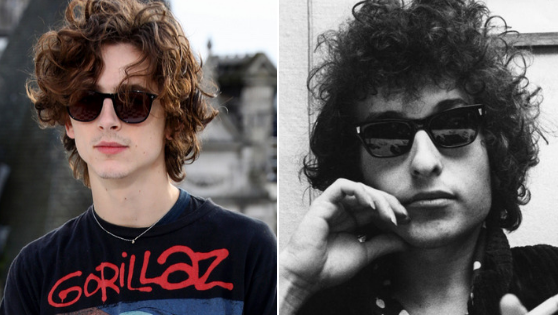 Courtesy of Deadline, Searchlight Pictures has closed a deal with Ford v Ferrari and Logan filmmaker James Mangold to direct Timothée Chalamet in a film recounting Bob Dylan’s transition from folk to rock music. The move created a huge outcry and cemented the status of rock music.

Dylan’s longtime manager Jeff Rosen is actively working with Searchlight and Mangold on Dylan’s behalf. Though the project has no official title at this point, the report states that it is being referred to around town as Going Electric.

Mangold has experience adapting the life of a music icon to screen. He previously directed Walk the Line, which recounted the tale of country star Johnny Cash and netted Joaquin Phoenix his second Academy Award nomination. The director’s latest film Ford v Ferrari is currently playing in theaters and the Oscar buzz surrounding the flick has been revving up.

Chalamet has become one of Hollywood’s premiere young actors after starting in such films as Call Me By Your Name, Beautiful Boy and Lady Bird. Chalamet can next be seen starring in Denis Villeneuve’s epic Dune adaptation later this year.

What do you make of Timothée Chalamet being cast as Bob Dylan? Do you think it makes for a good fit? Is James Mangold the right guy to helm this project? Sound off in the comments below and let me know how this story hits you!