10 Films You Forgot Were Nominated For Academy Awards

The 91st annual Academy Awards are tomorrow night and thus a lot of movie nerds, myself included, have the Oscars on the brain! Each year there are some– shall we […]

The 91st annual Academy Awards are tomorrow night and thus a lot of movie nerds, myself included, have the Oscars on the brain! Each year there are some– shall we say– out-of-the-box nominations that a lot of folks would not have seen coming. That is part of the fun of the night! And then time rolls on and though we continue to love the movies, we forget that they were recognized for a potential Academy Award! Before tomorrow night’s ceremony, let’s take a stroll down memory lane and remember some fun picks that, yes, were nominated for an Oscar.

Comedies are in a weird place right now. Historically, they have been very popular with moviegoers; however, the last decade or so has seen a decline in the number of comedies being produced by major studios as well as a lack of interest at the box office. Still, when good ones land, they tend to land hard and that is exactly what Bridesmaids did. SNL alum Kristen Wiig was nominated for Best Original Screenplay and Melissa McCarthy was recognized in the Best Supporting Actress category. It’s still beloved today and it’s strange to think that a raunchy rated-R comedy received an Academy Award nomination, let alone two.

Yes, Shrek was nominated for Best Animated Feature. However, a high percentage of animated movies get nominated every year in that category simply because of the exclusivity of the medium. What really seals the deal for the inclusion of Shrek on this list is the fact that it was also nominated for Best Adapted Screenplay and it’s not a Pixar film. The writing categories are among the Academy’s highest honors and that year they recognized a writing achievement in a fairy tale spoof cartoon. Impressive!

Norbit nearly crushed Eddie Murphy’s career single-handedly because the film was so poorly received (it’s currently squatting at 9% on Rotten Tomatoes). The film made a strong $34 million debut; however, once moviegoers got a taste, Norbit seemed to leave a lasting impression on the comedian’s movie career. Since then, films featuring Murphy in the lead role have struggled to surpass $6 million opening weekend. That’s why it’s strange to remember that the movie was actually nominated for an Academy Award: Best Makeup. 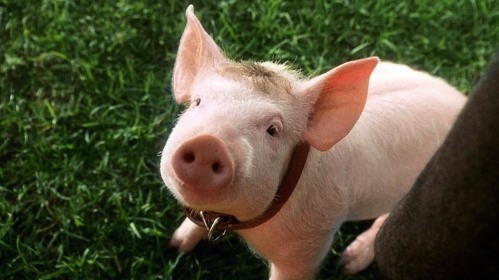 If you grew up watching Babe as I did, then you probably remember it merely as a delightful children’s film. The fact is Babe was a legitimate Oscar darling, receiving no less than seven nominations. They included four of the so-called “major categories.” Check it: Best Director in George Miller, Best Adapted Screenplay, Best Supporting Actor in James Cromwell and Best Picture. It even won Best Visual Effects for the CGI utilized to make the animals talk like humans. Babe was also given the nod for Best Production Design and Best Film Editing (which is an unsung major award). Talk about bringing home the bacon!

When you think of the Academy Awards, you probably do not immediately think of Adam Sandler comedies (and understandably so). But the Best Makeup category has a long history of recognizing films that you would not otherwise imagine as “Oscar worthy.” While Click is not the garbage fire a lot of Sandler’s later comedies were laughed at for being, it is not often mentioned as one of the comedian’s best efforts. Still, the Academy recognized its achievements in makeup alongside two critically applauded films in Mel Gibbson’s Apocalypto and Guillermo del Toro’s Pan’s Labyrinth (which ultimately won). 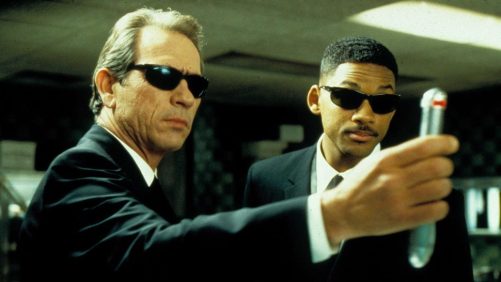 Men In Black is remembered for a lot of different things: its lead performances, its visual effects, its jokes; however, rarely is it remember for being a multi-Academy Award nominee. We are talking a trio of nods with Best Makeup, Best Production Design and Best Original Score for Danny Elfman. On top of that, it was a well received film, so much so that they are still making Men In Black films to this day. Totally out of this world news, am I right? 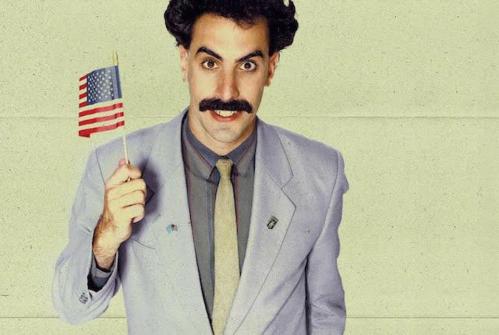 Not surprisingly, controversial comedian Sacha Baron Cohen made a controversial splash in the movie industry when he put out Borat! Cultural Learnings of America for Make Benefit Glorious Nation of Kazakhstan, a quirky and much-talked about satirical exploration of how Americans view foreigners. It received much love from critics while some questioned the ethics of what they saw as Cohen tricking unaware members of the public into believing his character was a real investigative journalist from overseas. The Academy responded to Borat! by giving it a nomination in the Best Adapted Screenplay category (it was based off one of Cohen’s skits).

I questioned throwing Hollow Man on to this list. I thought nobody would remember the film, let alone that it was nominated for an Oscar. Then I remembered how I almost involuntarily spat out my drink when I found out that Hollow Man was nominated for an Oscar and I hoped other people would have that same reaction (let me know if that’s evil in the comments below!) Yes, that silly The Invisible Man rehash starring Kevin Bacon and an indivisible gorilla. That movie was nominated for Best Visual Effects alongside The Perfect Storm and Gladiator. Sure, the CGI was groundbreaking then, but by today’s standards those effects ring a bit… Hollow. 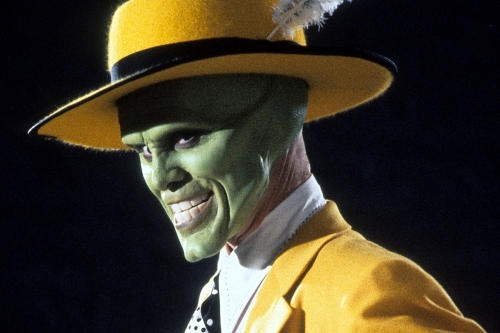 P-A-R-T-Y? Because The Mask was nominated for an Academy Award the year it came out! You can probably guess the category, too. No, not Best Lead Performance for Jim Carrey (how crazy would that have been?) Try Best Visual Effects. It makes sense too. The film relied heavily on rendering realistically cartoonish visuals in an otherwise grounded, live-action world (if that makes sense). In doing so, it must have done something right, because enough industry professionals decided to give The Mask recognition during the industry’s most prestigious night. 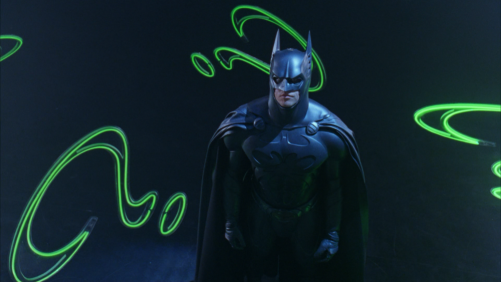 After Tim Burton departed the insanely popular Batman films following Batman Returns, the series slipped into critically smeared self-parody with a rotating cache of A-list movie stars donning the iconic cape and cowl under the direction of one Joel Schumacher. While Batman Forever may arguably be the least offensive film of the Schumacher era, it still gets unfavorable laughs when it’s brought up in conversation. Regardless, it is still Oscar-nominated Batman Forever and thrice so. The film received nominations from the Academy for Best Sound Editing, Best Sound and Best Cinematography. So next time you hear some uneducated fanboy (or fangirl) relentlessly bashing Batman Forever, hit em with some Bat-knowledge!

What do you think of this selection of likely forgotten about Academy Awards nominees? Do any of them surprise you? Which films made your list? Let me know in the comments below!