31 Days of Halloween: 13 Horror Movies That Will Definitely Leave a Scar

October is finally upon us which means it’s officially horror movie season! What better way to kick off a month-long celebration of fear than to recount some of the most traumatizing horror films ever made? I can’t think of any! Enjoy!

Among other things (which I won’t delve into for fear of spoilers), this film plays with our fear of disabled folks. What begins as a tense reverse-home invasion thriller quickly devolves into something much more sinister. What is the Blind Man capable of? Initially you’ll find yourself thinking “Those kids broke into the guy’s home. They deserve this.” However, once the Blind Man’s secrets are uncovered and the now-infamous scene hits, you may find yourself shouting “Holy crap! Nobody deserves this!”

In these circumstances, I typically include the year of release to distinguish an original film from a potential remake. I’m not doing that here. Both Wes Craven’s 1977 original and Alexandre Aja’s 2006 remake push the envelope of unrelenting gore and uncomfortable social commentary. Shocking hyper-violence, mutant inbreeding and baby-napping highlight these savage and unpleasant pulp outings. There’s nothing worse than an interrupted vacation.

Paranormal Activity is a simple film about a newlywed couple moving into a haunted house. The husband happens to be a videophile so the whole film is shot like a homemade movie. As is usually the case with demons, it’s what the couple doesn’t see that frightens them (and us). The manipulation of sound to illicit disembodied footsteps or growling in the blinding dark is paralyzing and the supernatural bedlam only builds from there. Good luck getting some shuteye after this one. 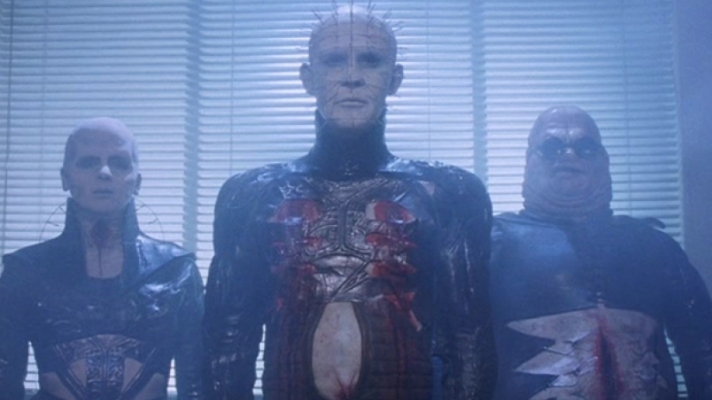 Is too much of a good thing a bad thing? That’s the question horror novelist Clive Barker explores in his evocative directorial debut. A man seeking unearthly pleasures solves a mysterious Chinese puzzle box only to discover he’s opened a portal to Hell. Appropriately, every frame is dominated by an unsavory sense of foreboding. Grotesquely detailed production design and sadistic torture sequences will have your stomach churning. This film has such sights to show you. 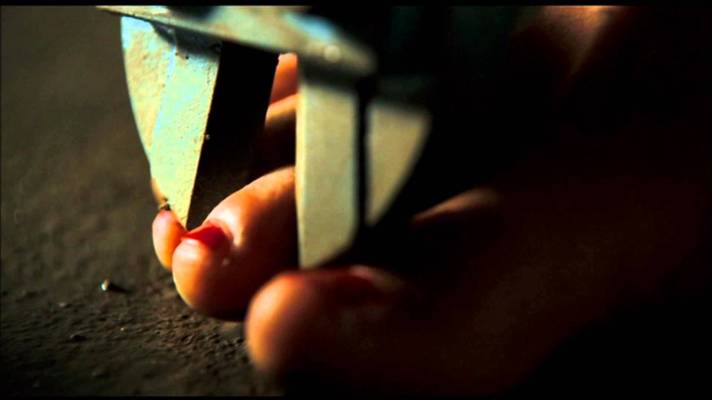 Horror fanatic Eli Roth has never been one to shy away from a little blood and guts. Or a lot of it. That’s exactly what he has in store for you with this terrifying tale of a band of American college students who’re lured to a human chop shop whilst backpacking across Eastern Europe. Believe it or not, the grisly dismemberment that ensues isn’t what will stick with you. It’s the idea that, for the right price, ordinary citizens can and will pay for the privilege (I guess?) of committing unspeakable acts on strangers. It’s a horror that, unfortunately, seems less and less ridiculous every day.

If more schools showed Teeth in sex ed class, I guarantee there’d be less teenage promiscuity. Based on the folk tale of the vagina dentata, this quirky horror film follows the sexual awakening of one very special teenage girl. It works a fascinating feminist spin on the typical genre motifs while serving as a grave and bloody reminder that one can never be too careful when it comes to intimacy.

Before he revitalized the horror genre with Scream or haunted our sleep in A Nightmare On Elm Street, Master of Horror Wes Craven shocked the world with The Last House On the Left. Unlike his more iconic work, the antagonists in this film are (for lack of a better word) ordinary people. Its infamous brutality against its teenage protagonists is raw and realistic. This film is the reason parents tell their kids not to talk to strangers. 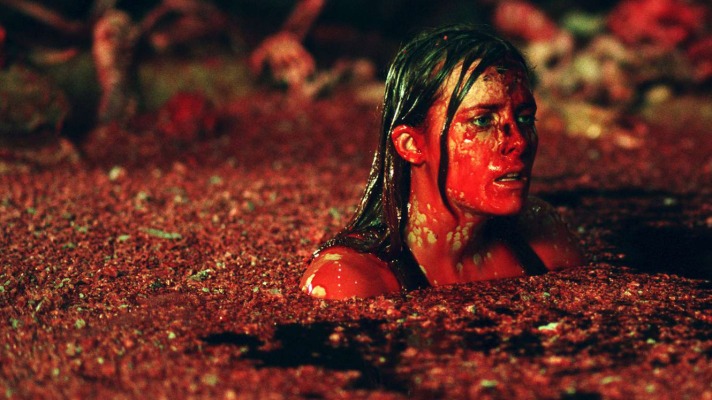 The Descent is actually two taut horror flicks in one centered around a gaggle of girlfriends who get lost while spelunking in an unmarked cave system. The first half works as a psychologically distressing exploitation of claustrophobia, which could have worked as its own film. Then, out of nowhere, things take a bloody turn for the worse as the girls collide with a vicious pack of devolved humanoids. The resulting splatterfest will surely satisfy those audience members looking for an edgier, more physical fright. This film’s got something for everybody!

Raw isn’t a gory bloodbath. Like Teeth, this is a dark coming of age film about a vegan who develops a taste for her fellow classmates during her first year of veterinarian school. As sickening as cannibalism is on its own terms, what’s tragic about Raw is how it slowly it sneaks into this girl’s everyday life and devours (literally) her closest relationships. She can’t help herself. She has the need to feed and those urges manifest in raw and unsettling ways, including that revolting finger scene. For those fortunate (or unfortunate) enough to have seen the movie, you know what I’m talking about. Yuckie!

There is no closer a bond than that between a mother and her children. That’s where the horror of Goodnight Mommy lies. A luxurious house surrounded by cornfields is where nine-year-old twin brothers await their mother’s return from reconstructive surgery. Upon her return, the brothers notice mommy isn’t quite herself. That sets the stage for the mounting, unforgettable horror that ensues. Goodnight Mommy examines miscommunication as well as the dark underbelly of imagination and never lets up on its slow build. Looks like mommy won’t be getting any sleep tonight!

With television shows like 11/22/63 or feature films like It or Gerald’s Game, 2017 has been a strong year for Stephen King adaptations. However, they’re hardly the first successful translations of the famous author’s works to screen. Frank Darabont is the filmmaker behind some of the most praised examples, including The Shawshank Redemption, The Green Mile, and, of course, The Mist. The latter works as a frightening creature feature and a powerful commentary on desperation. Then, of course, there’s that ending, which will hover over you like a dark cloud for the rest of your moviegoing days.

The 1970’s gave us some of the most brutal horror films ever made; perhaps none more so than The Texas Chainsaw Massacre. Tobe Hooper’s low-budget exercise in unrestrained ferocity is as transgressive as it is nauseating. Furniture made from bones, masks made of human flesh, and a family of cannibalistic hillbillies are just a few  of the mortifying secrets hidden within the walls of the Hewitts house. ‘Texas Chainsaw’ inspired decades of uncompromising exploitation flicks and still stands as the golden standard to this day.

Those are my thirteen horror films that will definitely leave a scar. What do you think of my list? And which horror films have emotionally shattered through the years? Let me know in the comments below!