Unbelievably, we have already wrapped the first quarter of the new year (can I even call it “the new year” anymore?). At this point, we’ve seen plenty of wonderful new […]

Jordan Peele has five on the box office this weekend, plus a few extra zero’s. His new film Us added to 2019’s mammoth March, which helped make this the third […]

Another weekend has come and gone which means it is now time to examine the weekend box office receipts for the top five performers. Here is how I’ve broken down […]

Marvel Studios has done it again. Captain Marvel, the twenty-first film from the hugely successful studio, landed with a powerful $153 million domestically and an unbelievable $455 million globally. The […] 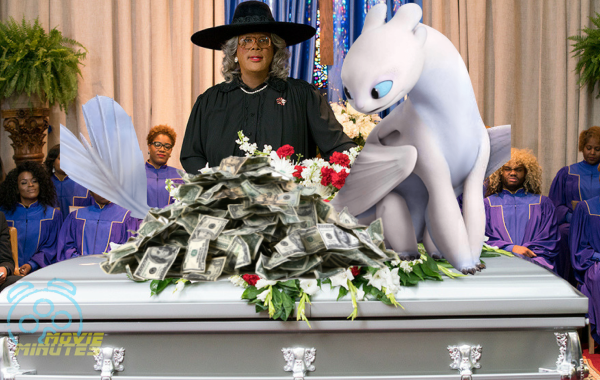 It was a tight race for the top spot at the box office this weekend between Tyler Perry’s A Madea Family Funeral and How to Train Your Dragon: The Hidden […]

The 2019 box office finally received a shot of adrenaline to the chest courtesy of DreamWorks Animation. How to Train Your Dragon: The Hidden World soared this weekend to with […]

5 Films To Check Out This February

In the past, January and February were largely considered the toilet bowl of the year in movies. More recently, however, February has increasingly been the start of the summer blockbuster […]