Last year, Hulu announced that they were in development on a brand new feature film anthology adapted from Clive Barker’s Books of Blood, a critically acclaimed six-volume collection of short horror […]

Last year, Hulu announced that they were in development on a brand new feature film anthology adapted from Clive Barker’s Books of Blood, a critically acclaimed six-volume collection of short horror stories that were originally published in 1984.  This week, the platform officially offered up a release date. Look forward to streaming Books of Blood starting October 7 of this year.

Additionally, Hulu marked the announcement with an official poster: 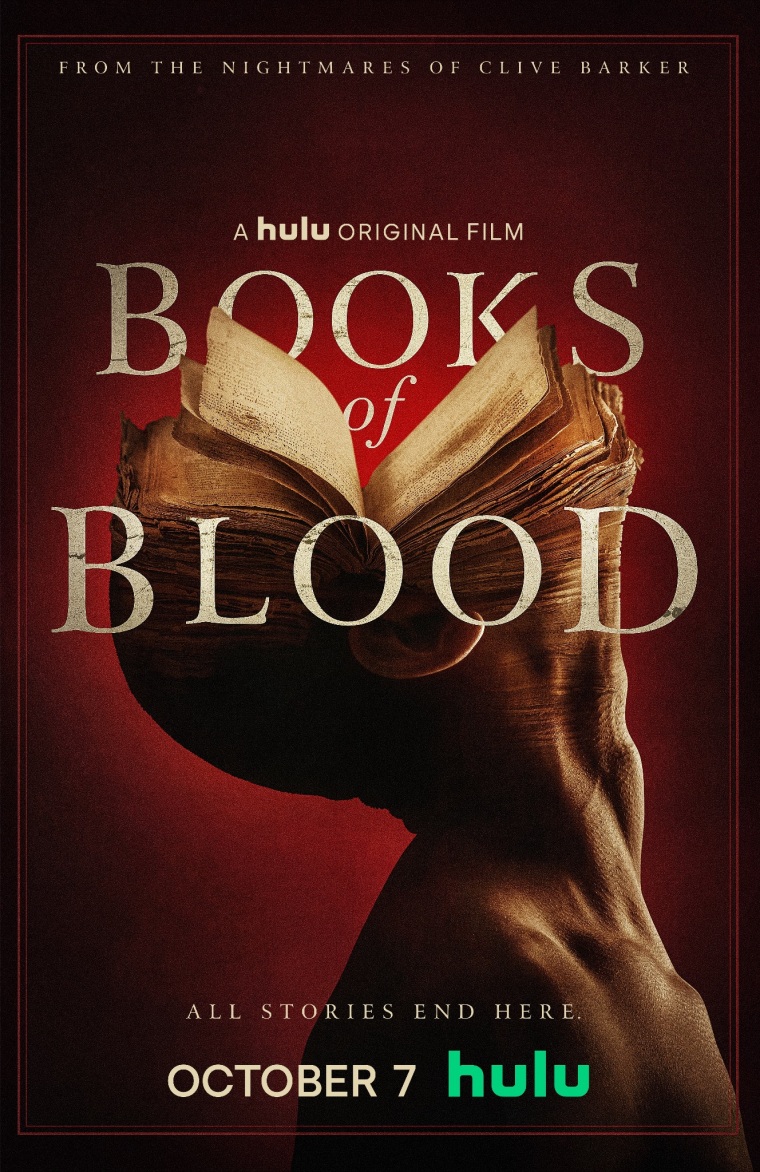 Brannon Braga (The Orville) is directing the film from a script he co-wrote with Adam Simon. Braga is also serving as an executive director on the project alongside Seth MacFarlane. The synopsis reads:

“Written by Braga and Adam Simon (Salem) based on a short story by Barker with contributing original material, Books of Blood takes a journey into uncharted and forbidden territory through three tales tangled in space and time.”

Clive Barker is one of the most influential creative forces of the last 50 years, particularly within the realm of horror entertainment. As a filmmaker, he’s best known for writing and directing the cult classic Hellraiser (1987), which Barker adapted from his own novella The Hellbound Heart. As an author, Barker is perhaps best known for his aforementioned Books of Blood as well as the more fantastical Books of Abarat.

What do you make of this story? Are you anticipating the latest Books of Blood adaptation to serve well its source material? Or do you think perhaps the filmmakers should have left well enough alone? Sound off in the comments below and let me know how this bit of news hits you!