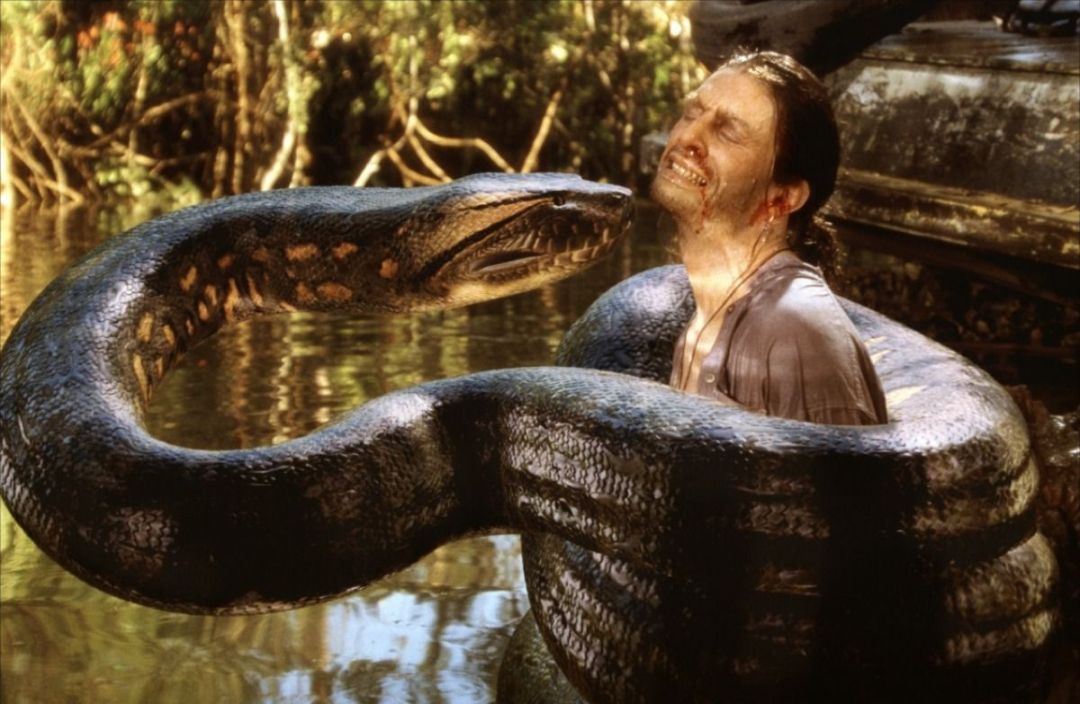 Courtesy of The Hollywood Reporter, Sony’s Columbia Pictures is developing an all-new and all-modern take on the 1990’s cult movie Anaconda. Evan Daugherty (Snow White and the Huntsman, Tomb Raider) has been hired to pen the screenplay.

No producer is currently attached to the project.

Sources tell the outlet that Daugherty’s take is neither a remake or a sequel but a “reimagining.” While details are being kept vague, reports claim that the studio is looking to take a Meg-style approach to the story. The Meg was the 2018 Jason Statham movie that upped the killer shark ante by featuring an enormous, prehistoric shark known as a megalodon. The movie went on to gross over half a billion dollars at the worldwide box office. The studio is reportedly aiming to take what was a simple and relatively B-rated monster movie concept and eventize it in scope and budget.

Despite being pilloried by critics and earning numerous Razzies, Anaconda proved popular with audiences, launching a franchise made up of one theatrical sequel and three direct-to-home releases. Believe it or not, insiders say the title has proved to be one of the most profitable in Sony’s library.

What do you make of this news? Will you check out the Anaconda reboot? Are you even a fan of the original, or perhaps the many sequels? Slither down to the comments below and let me know how this story hit you!