‘Spider-Man: Far From Home’ Review: Not So Far From ‘Homecoming’ After All 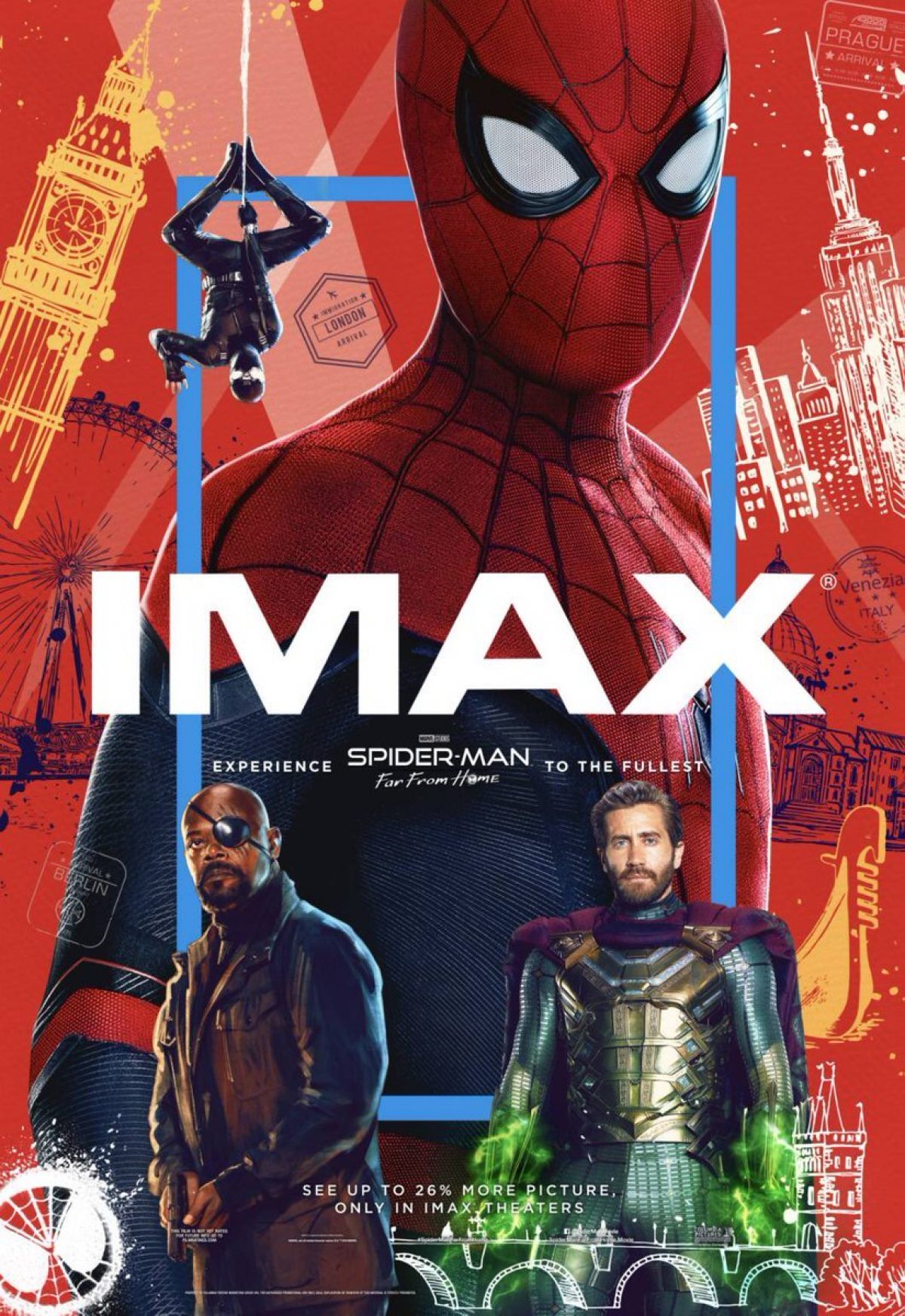 **Please excuse the vagueness with which I speak about this film. In writing this piece, I intentionally danced around a lot of details to avoid ruining any of the major story beats.**

Spider-Man: Far From Home is the 23rd episode in the never-ending superhero saga from Marvel Studios. If you’ve gotten stuck in the ever-expanding web of these movies along the way, just know that Far From Home is the follow-up to Spider-Man: Homecoming and the more recent Avengers: Endgame, both of which are essential viewings for this film.

It’s been eight months since those who were snapped out of existence by Thanos in Avengers: Infinity War were brought back in Endgame. Coincidentally, it’s been as long since the passing of Tony Stark (Robert Downey Jr.) and Earth is in a state of panicked uncertainty, with none of the Avengers to look to save for New York’s Friendly Neighborhood Wall Crawler. “Who will protect us if this happens again?” “Who will be the next Iron Man?” These questions hang over Spider-Man and Peter Parker (Tom Holland) as he heads to Europe on a class trip with plans to enjoy life as a normal teenager and hopefully “whoo” his budding crush MJ (Zendaya). Of course, what kind of movie would this be if everything went according to plan?

Too long after arriving across the pond, Peter and his classmates finally come face to face with Elementals or giant, primordial baddies birthed from fire, water, earth and air who just seem to want to wreak as much havoc as possible. That’s when a puffy streak of green clouds descends from the sky, revealing a fishbowl-faced magician code-named Mysterio who dresses like Thor but fends off the monstrosities like Doctor Strange. The magic man later identifies himself as Quentin Beck (Jake Gyllenhaal) and claims to be from an alternate reality that was already scorched by these Elementals.

It’s easy to like Beck. He’s funny and charming and unlike Fury, he’s actually there when Peter needs to someone to talk to about the impossible struggle of trying to be both Spider-Man and Peter Parker. On the other hand, Beck can be just as intimidating and unpredictable, depending on his mood. It’s a maniacal performance akin to the one Gyllenhaal nailed in 2014’s Nightcrawler. It’s unfortunate then that the character ultimately gets lost in the chaotic shuffle of the film’s overly-busy back half.

Far From Home disappointingly retreads a lot of the same ground as Homecoming. This includes hitting on similar themes of legacy and identity. In both films, other people try to force their perceived idea of Spider-Man onto Peter Parker. Tony Stark spent the entirety of Homecoming trying to convince Peter that he wasn’t ready to be an Avenger. This time, S.H.I.E.L.D. Agent Nick Fury (Samuel L. Jackson) does everything in his power to force Peter to “step up” to new threats. Fury evens references the fact that Tony made Peter an honorary Avenger in Avengers: Infinity War. In both cases, however, Peter learns essentially the same repetitive life lesson about staying true to who he believes he is.

Tom Holland’s second outing as the Web Head also borrows certain story points from his first. The most obvious one– the roles played by Tony and Fury– we’ve already mentioned. Without going too far into spoilers, I’ll say that more than a handful of parallels can be drawn between the villains of Homecoming and the villains of this film. Despite Spidey’s change in scenery (this is the first film to feature the popular hero and not be set entirely in New York) and the shake-up of his supporting teammates, Far From Home still feels cheapened by the lack of ingenuity and risk that typically come with the promise of a sequel.

Tom Holland himself keeps giving us more and more reasons to love him as the iconic web slinger. Zendaya has much more to do this time around as MJ and makes the most of it. Though Peter’s obsession with her seems to come out of nowhere at the start of the film, their chemistry is tough to resist, which is perfect because Far From Home features much more high school romance than you might think.

The action is largely thrilling and well choreographed. The visual effects are more than passing for what we’ve come to expect. It’s all courtesy of the Marvel machine. That said, there are a couple of trippy, visual effects-heavy sequences that stand out as stunning examples of the sort of comic book craziness that Marvel Studios tastefully indulges in every now and again.

After a slow start, Spider-Man: Far From Home becomes yet another solid, if familiar, Marvel adventure. If you enjoyed Homecoming then chances are you’ll get a kick out of this one too, even if you’d prefer that these recent Spider-Man outings step out of the shadow of previous MCU films and try something new.

Had a chance yet to check out Spider-Man: Far From Home? If so, what did you think? Is it the best Spider-Man movie yet? Or were you less than impressed? Sound off in the comments below and let me know your thoughts!