Believe it or not, we are already halfway through 2019. As I like to do around this time each year, I’ve reflected back on the year in film thus far and discerned the ones I’ve deemed the worst movies from those I believe are the best. In this article, we are going to be taking a look at the five worst films that 2019 has had to offer in its first six months. It goes without saying that I will be updating this list in another six months once filmdom has exhausted its 2019 output. Now enough of the chit-chat, on with the countdown!

For being my fifth-worst movie of the year so far, there’s definitely no shortage of commitment behind Serenity. Everybody involved in bringing this bizarre fisherman’s tale to life absolutely came to play. Jason Clark, Diane Lane, Anne Hathaway and Matthew McConaughey makeup the formidable roster of on-screen talent and there’s not a single weak performance among them. Behind the camera, I couldn’t help but admire writer/director Steven Knight’s (Peaky Blinders) follow-through on his film’s bonkers revelation. Sadly, it isn’t anything that makes the rest of Serenity any less messy or more meaningful.

Six strangers, each from a unique walk of life, are forced to temporarily coexist after getting stuck on a subway car together. It’s not the most thrilling premise, but Stuck definitely earns points for ambition and Michael Berry’s film seems to have its heart in the right place when it attempts to caution us against judging a book by its cover. Unfortunately, Stuck functions less like a film and more like a sleep-inducing lecture on things like classism and racism in America. What’s more is that the imaginative professor in this scenario is still clinging to outdated stereotypes that that do not necessarily make much sense in 2019. You’re better off just waiting for the next train.

I haven’t been terribly impressed with any of Illumination Entertainment’s efforts up to this point. Beyond their signature “cute and cuddly” animated aesthetic, they haven’t given me much to latch onto as a moviegoer. Unlike say a Pixar, it’s clear that Illumination’s main priority is making kids laugh. Everything else is a secondary concern at best. The Secret Life of Pets 2 is the poster child for this mentality. The filmmakers couldn’t even be bothered to include a complete story. Instead, Pets 2 hops between small vignettes that rely on uninspired sight gags and uninteresting characters. The biggest offense though is that this movie just isn’t funny. Perhaps it’s time to take this series around to the back of the shed. 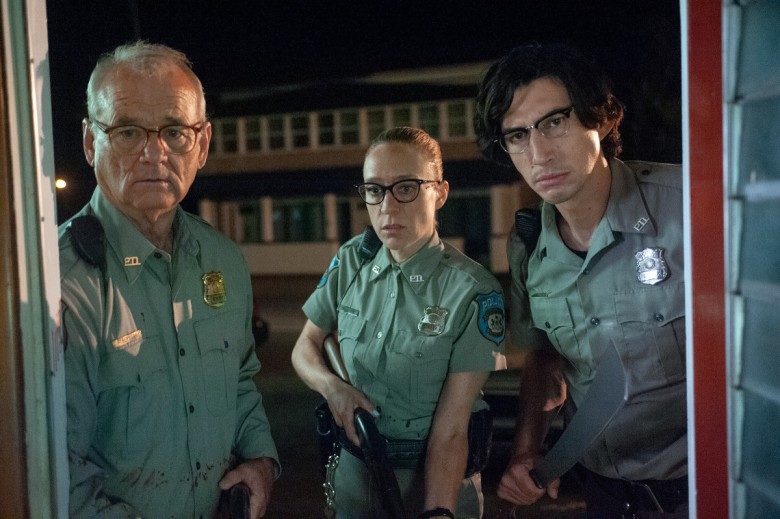 Jim Jarmusch has secured his legacy as a filmmaker and as an auteur. Over the course of his career, the man’s adapted his signature deadpan sensibilities for many different genres. With The Dead Don’t Die, Jarmusch takes a stab at horror comedy. The result is a wildly unfunny and disappointingly lethargic social satire. Even Bill Murray looks envious of the dead. This film won’t help you escape the unfortunate state of affairs, it will only remind you of them.

Sometimes we enjoy certain movies that most others don’t and sometimes we despise a film that the majority of people like. I Trapped the Devil is one of those films that falls in the latter category for me. In fact, I am genuinely dumbfounded by all the positivity surrounding this film. Yes, it possesses a promising premise: a man is slowly driven towards insanity by the belief that he’s trapped Satan in his basement. However, the conceit is buried beneath the ruin of incomprehensible filmmaking and amateurish storytelling. The film is so dimly lit that I struggled for most of its runtime to make out what was happening. In those moments where I could see what what going on, I didn’t know why because character motivations are muddled or simply nonexistent. Want my advice? Don’t get trapped with this Devil.

Those are my top five (bottom five?) worst films of the year so far. Do you agree with my picks? Which sad films would make your list? Sound off in the comments below and share your thoughts!