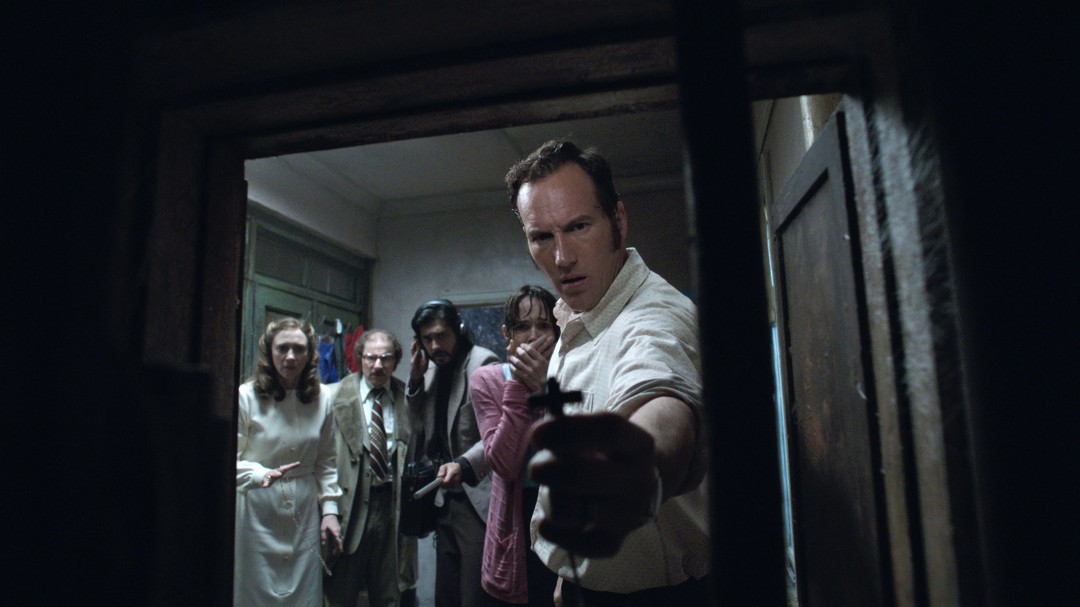 ‘The Conjuring 3’ Gets Official Release Date

Warner Bros. on Tuesday presented in front of NATO (National Association of Theater Owners) during Cinema Con in Las Vegas. While the studio did not offer much in the way of announcements this year, one thing we did learn was when the third film in the main The Conjuring franchise will hit theaters.

The Conjuring 3 will land in theaters on September 11, 2020. That makes it the next film in the ever-expanding horror franchise, following this year’s The Curse of La Llorona and Annabelle Comes Home. Vera Farmiga and Patrick Wilson are returning as Lorraine and Ed Warren.

Though nothing has been confirmed, Bloody Disgusting is reporting that the film will center around a man who is on trial for murder but claims he was possessed by a demon.

Michael Chaves is taking over as director for James Wan, who helmed the first two films. Wan is still attached as a producer and has expressed confidence in his successor. Chaves also directed The Curse of La Llorona.

The first Conjuring scared up a massive $319 million worldwide off the back of a tiny $20 million production budget. The Conjuring 2 did slightly better with a $320 million haul, though the budget was doubled at $40 million.

More recently, the spin-off The Nun made away with a staggering $365 million globally from a $22 million budget. If you include all the spin-offs, the entire Conjuring cinematic universe has grossed over $1.4 billion around the world and counting. That total could well hit $2 billion by the time The Conjuring 3 comes around.

What do you think about The Conjuring 3‘s release date? Do you think it’s a good landing spot for the film? Are you looking forward to seeing it? Sound off in the comments below and let me know what’s running through your mind!