For Batman’s 80th birthday, Warner Bros. has officially announced that Tim Burton’s Batman (1989) and Batman Returns (1992) as well as Joel Schumacher’s Batman Forever (1995) and Batman and Robin (1997) are getting the 4K treatment.

You will be able to purchase the films in 4K Ultra HD Blu-ray and/or Digital on an individual basis beginning 6/4. For you completionists, a 4K Batman Anthology box set will be available on a later date, more specifically 9/17.

Each package will include the newly remastered Blu-ray versions of the films along with their previous special features, and a Digital code.

There are also reports going around that Fathom Events will be showing all four films remastered and on the big screen sometime this season. Check with your local movie theater to see if these films are showing near you!

Check out the cover art for the Blu-rays: 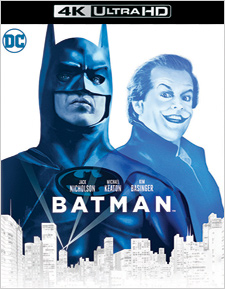 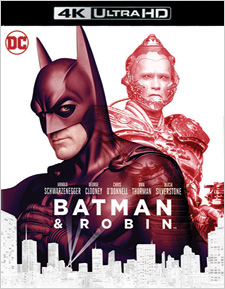 What do you make of this news? Have you made the transition over to 4K? Do you even buy physical movies any more? And are you interested in picking up this collection or any individual Batman films? Sound off in the comments below and let me know!