I was disappointed in a lot of the movies I was most looking forward to heading into 2018, which stinks because there were not a whole bunch of them to begin with. Looking ahead into the new year, my personal slate of anticipated films is fuller, but my expectations a bit more tempered. Even so, I can’t help but bounce in my seat a little thinking about all the different ways 2019 looks lined up to satisfy the split personalty film lover in me.

I’ve already lost some of you with this first pick. I can feel your judgement radiating through the screen. Sure, actually playing with a wooden doll for an hour-and-a-half would have been more exciting than sitting through the first Annabelle film, but David F. Sandberg effectively turned things around with Annabelle: Creation. No, seriously. That movie is terrifying. Still, how do you make a third spin-off movie about an inanimate play thing? Producer James Wan spilled the beans on the upcoming project, detailing that it will take place at Ed and Loraine Warren’s house, where the Annabelle demon will active all of the haunted artifacts in their museum. Wan described it as “Night at the Museum with Annabelle.” Count me in!

Mr. Rogers had a pretty good year in 2018, despite having passed in 2003, thanks largely in part to the brilliant documentary Won’t You Be My Neighbor? If it were up to me, there would be at least one big profile Mr. Rogers movie a year, least we all forget what an actual human being with an actual heart looks like. While that reality may not be coming any time soon, another potentially high-profile Mr. Rogers movie is and it’s a narrative starring none other than Tom Hanks, who is probably the closest thing we still have to a Fred Rogers. October 18th will be a beautiful day in the neighborhood for sure!

When IT hit theaters last September, it was kind of a big deal. The film introduced a new generation of horror lovers to the insatiable kid-eating clown Pennywise on its way to shattering numerous box office records, including largest opening weekend for an R-rated movie. Fortunately for fans, there’s still half a book to draw on and a second film is indeed on the way with A-list talent like Jessica Chastain, James McAvoy and Bill Hader taking over the roles of the kids, now grown adults. Director Andy_Muschietti is returning to direct and has said that the follow-up will introduce more of the cosmic elements found in Stephen King’s novel, so expect things to get even weirder this time around.

Like IT, Jordan Peele’s Get Out made waves when it dropped into theaters February of 2017. It eventually became one of the highest-grossing independent films of all-time in addition to winning Writer/Director Jordan Peele an Oscar for Best Original Screenplay. Us is Peele’s sophomore feature and judging from the first trailer, it looks just as smart and intense as his first and with an equally stellar cast, including Winston Duke (of Black Panther fame) and Oscar-winner Lupita Nyong’o.

Rian Johnson made a name for himself in the world of independent cinema with such flicks as Brick and Looper before helming the most divisive Star Wars movie to date in ‘The Last Jedi.’ This November, Johnson returns to his more humble roots with the Agatha Christie-inspired murder mystery Knives Out. Well this is reason enough to get excited, this film cements a spot on this list for its unbelievable cast. Check out these names: Daniel Craig, Chris Evans, Jamie Lee Curtis, Michael Shannon, Christopher Plummer, Toni Collette, and Lakeith Stanfield. ARE YOU KIDDING ME?

Before we take a look at my top five most anticipated films of 2019, here are a handful of honorable mentions that just barely missed the cut: 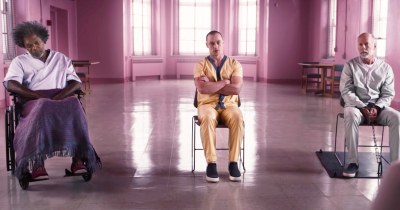 M. Night Shyamalan was the biggest laughing stock in Hollywood for a number of years following an infamous string of god-awful flicks. Recently, however, things have been looking up for the filmmaker once hailed “The next Spielberg.” Split put Shyamalan back on the map, but it was the film’s twist ending that started fans buzzing. The horror/thriller revealed itself to be a secret sequel to the director’s cult superhero classic Unbreakable. The teams behind both films have now come together for Glass, the dramatic climax to the previously unannounced “Shyamalanaverse.” Returning stars include Samuel L. Jackson, Bruce Willis, James McAvoy and Anya Taylor-Joy.

The original John Wick was one of the biggest and most pleasant surprise moviegoing experiences of my ever. What I thought was going to be just another bland, generic shoot-em-up actually turned out to be a pretty goofy study of a badass character with endlessly fascinating world building and imaginative choreography, all of which was cranked up to eleven for John Wick: Chapter 2. Needless to say, I’m eager to check back into the Continental for John Wick 3: Parabellum and even more-so following the release of a pair of set photos showing John Wick riding a horse down a busy city street and walking through a desert alongside Halle Berry.

Avengers: Infinity War was a movie unlike anything we’ve seen: a massive capstone to a decade of cinematic storytelling featuring over a dozen characters from nearly 20 different films. The ending also left many moviegoers wanting to know what happens next, me included. ‘End Game’ will not only answer those desires (hopefully), but will do so with a completely fresh and exciting story unlike what came before. It’s the development of a carefully constructed, emotionally involving, pop epic the likes of which we don’t get very often.

Quentin Tarantino is a two-time Academy Award-winning screenwriter. He’s made some of the most iconic and influential films in history, including Pulp Fiction and Inglorious Bastards. His films are highly-anticipated events for many a movie lover. Once Upon a Time In Hollywood is no exception. In fact, this is the most I’ve looked forward to a new Tarantino movie my entire life. Plus he may have just assembled the most impressive cast for any of his films yet. We’re talking Margot Robbie, Brad Pitt, Leonardo DiCaprio, Kurt Russell, Al Pacino and James Marsden, among others. 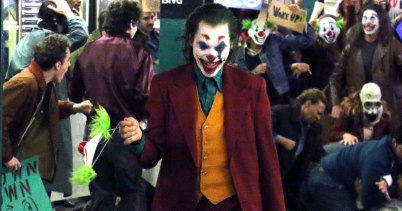 Joaquin Phoenix is one of the most talented performers of his generation. To have him in the role of the Joker is a dream come true, especially for a big Batman fanatic such as myself. I’m anxious to experience a stand-alone gritty, clown crime thriller not tied down by the convoluted mythology of the current DCEU. Director Todd Phillips (The Hangover) proved he can effectively balance crime drama with dark comedy in 2016’s War Dogs and that’s the tone he’s obviously going for here. This project tickles my interest in a plethora of geeky ways!

There you have it, my top ten most anticipated movies for the new year! Which films are you most excited for in 2019? I want to know, so hit me up in the comments below!