Actors Who Could Voice Chucky in New ‘Child’s Play’

Brad Dourif is a tremendous actor and his work providing the voice of the homicidal doll in the Child’s Play series is nothing short of iconic. It’s so good, in fact, that it’s difficult even imagining anyone else in the role. Alas, here we are, on the cusp of a total Child’s Play reboot and a new Chucky means a new voice. And though principal photography has wrapped on the upcoming slasher, there has been little to no word on who will be stepping behind the mic to breath life into the newly branded “Buddi” doll.

Allow me, if you’d be so kind, to offer up a few suggestions. Of course this is by no means a definitive list. I am quite open to casting any talented actor in pretty much any role. However, for the sake of conversation, I think any of these five personalities would perfectly fit the persona of Chucky for a new generation of horror lovers.

*I recognize the self-defeating nature of fan-casting a role when we as moviegoers have no clue yet as to the direction they will take this new interpretation. For the purpose of this article, I’m mostly casting in hopes of recapturing the gleeful menace of Charles Lee Ray. Enjoy!

Like Brad Dourif, Michael Shannon is a terrific and under-known actor who is arguably at his best playing the eccentric bad guy. He can raise hairs with a simple stare or go full-on madman like he did as Zod in Man of Steel. Plus his voice is singularly recognizable, a trait also applicable to Dourif’s work as Chucky.

Some would call this an uninspired pick. Mark Hamill’s portrayal of the Joker in Batman: The Animated Series (and subsequent projects) is just as, if not more iconic than Dourif as Chucky. They’re pretty much 1 and 1A when it comes to top “gleefully menacing” voice-overs. There are also a lot of similarities between the two baddies. It’s tough to imagine Hamill not fitting into the role like a glove and that’s the whole idea.

Willem Dafoe is another brilliant performer who seems to frequently find himself cast as the bad guy (despite his recent Oscar nomination for playing a kindhearted hotel manager). That just speaks to how chilling his presence on screen can be, from his unique appearance to his sinister-sounding cackle. Even if he never appears on screen, Dafoe has plenty of experience communicating his signature eeriness through a sound booth. The planets have all but aligned for this one. 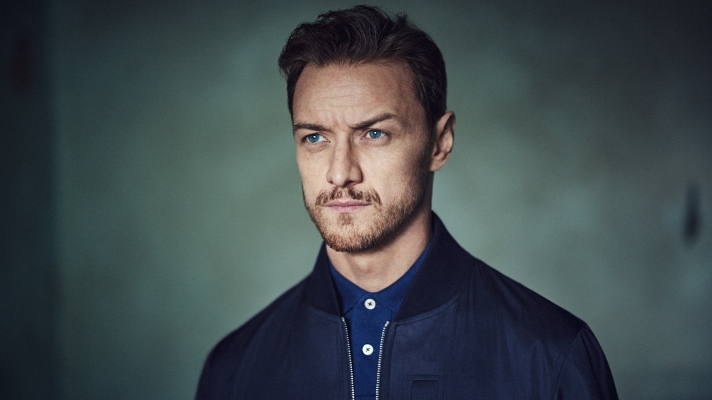 There seems to be no limit to what James McAvoy can do on screen. He showed us as much last year in M. Night Shyamalan’s Split where he played a disturbed character with many unsettling personas. Now with the Shyamalan-verse climaxing in January and only one more movie to go as Professor Charles Xavier before the X-Men property returns to Marvel, McAvoy is going to need another potential hot property under his belt.

Another easy choice. Nicolas Cage is perhaps the most talented performer on this list and has a longer resume of crazy characters than anyone in the industry. Even when he’s long gone, Cage will be remembered above all for his outlandish antics on screen. That’s saying something, too, seeing is how the guy has an Oscar on his mantle. Then you remember that Cage has been on somewhat of a hot streak animation, providing voices in the recent Teen Titans GO! to the Movies and the upcoming Spider-Man: Into the Spider-Verse.

What do you think of my list and who would you like to see/hear as the new Chucky? I want to hear your thoughts so hit me up in the comments below!