A Cut Above the Rest: Top 15 Slasher Movies

The late 1970s kicked off a decade-long trend of holiday-themed horror movies. While most never quite stuck the landing, a small handful of these films still stick out for their uniqueness. “April Fool’s Day” is one such film, remembered for its gruesome kills and clever twist ending that subverts the viewer’s expectations set by all the other slasher ventures that failed to leave a lasting impact like this one.

“Sleepaway Camp” could easily have slipped into the bargain bin of cinematic history. Instead, it built up a devoted cult following thanks to an oddball cast of kids and unabashed embrace of campy humor and over-the-top kills. Plus there’s that shocking (and troubling) last shot which still lives on as one of the most haunting images in horror movie history. 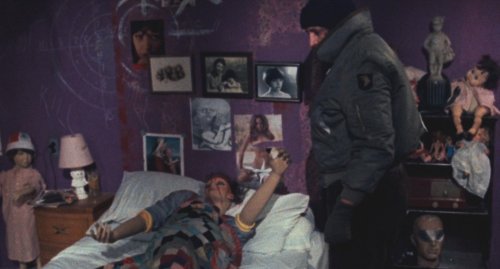 “Maniac” is undoubtedly one of the grimmer offerings of the 80s slasher trend with its chaotic guerrilla-style cinematography and unapologetic, stomach-churning content. If you’re a hardcore fan of the genre, this will no doubt tickle that sick itch of yours. If nothing else you can relish in an absolutely manic performance from star Joe Spinell.

‘Friday the 13th’ is one hell of a popular IP with what feels like an endless string of films and every fan has their own opinion on which ones stick out. For my money it’s ‘Jason Lives’, which combines all the catharsis of a bloody “Friday the 13th” killing spree with a silly, self-referential sense of humor and all the glamour of a kickass 80s hair-metal soundtrack. It’s just a fun time and what more could you ask of a movie?

“Child’s Play” was the most successful attempt by Hollywood to capitalize on the well-documented fact that dolls are inherently unsettling. With his lifeless stare and cheeky grin, Chucky was scary before he ever grabbed a knife and that’s partly why he’s the horror icon he is today. But far and away any and all Chucky movies thrive off the flamboyant performance of Brad Dourif, who oozes charisma as the voice of the murderous Good Guy and who left such an impression with fans that: A.) The original continuity is still continuing with its original creator and B.) Universal is actively shooting a full-on remake as we speak.

10.) Behind the Mask: The Rise of Leslie Vernon

“Behind the Mask” examines the slasher picture through the lens of a mockumentary as a fake documentary crew follows around a rising star in the world of serial killers as he pulls back the curtain on all the different tropes moviegoers have become so well versed in and their importance to a masked murderer. It’s a creative twist on a familiar story that delivers plenty of laughs as well as legitimate scares along the way.

“You’re Next” is an atypical home invasion thriller that spices up the traditional formula of a masked killer crashing the party. Just when you think you know where things are going, the film takes a bloody and unexpected turn that sort of plays “Scream” meets “Home Alone.” Even our final girl holds secrets that change the game.

“Blood and Black Lace” is perhaps the most fashionable slasher pic ever crafted and not just because it takes place at a salon. Italian director Mario Bava stages his set pieces with elaborate detail and splashes each frame with popping primary colors for dramatic effect. It’s also one of the earliest slashers wherein the murderer actually conceals his identity behind a mask, an idea that has obviously been imitated to death (pun intended) since and largely to lesser effect.

“Black Christmas” is a film too often overlooked but its influence is felt even today throughout the slasher subgenre. From opening the movie with the killer’s POV to obscene phone calls to a cop stationed outside the house for protection to a wisecracking, tough-as-nails best friend, this film pretty much single-handedly laid out the blueprint for the teenage slasher flick for decades to come. It’s also a legitimately disturbing film from its loony centric madman to its clever use of the camera for horrifying reveals.

In an era of largely indistinguishable sameness across the genre, a number of creative differences helped Wes Craven’s “A Nightmare On Elm Street” stand out and eventually grown into one of the most recognizable and successful franchises of its kind. For instance, instead of a knife, Freddy utilizes a customized glove with blades for fingers. Let’s not forget his iconic wardrobe choice. Then there’s the whole thing about how he targets his teenage victims in their dreams, allowing for a variety of visually interesting kills. What makes Freddy most unique, however, is his larger-than-life personality courtesy of Robert England, who charmingly portrays a monster who loves his job. You know what they say about passion being infectious.

Even by today’s standards Tobe Hooper’s “The Texas Chainsaw Massacre” is a disturbingly raw exploitation of violence in America that pulls double-duty as a cinematic mirror to the real-life brutalities of contemporary society. It also boasts one of horror’s most cherished darlings in Leatherface. Additionally, ‘Texas Chainsaw’ stands out for its unsettling air of death, from “We Slaughter BBQ” to the dry Texas plains, and of course the decaying set decoration for the cannibal house. Then there’s Daniel Pearl’s cinematography , which is so key to the identity of the franchise that he was brought back to reprise his job on the 2003 remake.

“Peeping Tom” sticks out more than any other film on this list. It qualifies as a slasher, yes, but we see very little slashing as the film operates more as a dark character study about a disturbed man who knocks off women with a camera and films them as they die because he’s obsessed with capturing their final moments on film. Carl Boehm is nothing short of memorizing in one of the finest performances in any film of this breed. Out the same year as Alfred Hitchcock’s “Pyscho,” “Peeping Tom” was reviled by critics and even brought a swift death to director Michael Powell’s mainstream career. Fortunately, American auteur Martin Scorsese oversaw a redistribution of Powell’s film in the 70s. Since then, “Peeping Tom” has been hailed as a masterpiece and a cautionary tale forewarning of the dangerous link between voyeurism and violence.

Following a decade-plus of cheap imitations, “Scream” turned the slasher genre upside down and in doing so brought it back from the brink of irrelevancy. The foundation of this was something few of the previous, forgettable films in the genre included: wholly-developed, complex characters and strong central performances. Director Wes Craven and writer Kevin Williamson frequently make meta-references to the “slasher formula” before subverting many of the audience’s expectations at nearly every turn. Consequently Scream is an exciting and unpredictable pastiche of the genre.

With “Psycho” Alfred Hitchcock brought gothic horror out of castles in the European countryside and into a much more relatable contemporary suburbia. In doing so the acclaimed Master of Suspense planted a seed in the minds of the moviegoing public, a seed that still grows to this day: you are not safe anywhere, even your shower. It’s a prospect made all the more upsetting by a brilliant and brilliantly petrifying performance from Anthony Perkins as the psychotic manager of an off the beaten path motel. Hitchcock also broke typical slasher framework by killing off the main character mid-movie, a daring tactic not often employed still to this day. And then there’s that shiver-inducing ending. Oh! That ending!

As we’ve seen even just on this list, “Halloween” was not the first holiday-themed slasher but it has arguably left the longest-lasting impression and for good reason. It’s a masterclass in tension-building filmmaking and set the gold standard for movies about crazy guys with fetishes for pointy objects. Director John Carpenter and his co-writer/producer Debra Hill together concocted a simple yet horrifying portrayal of evil that sank into the minds and nightmares of America’s youth, who in turn passed it down to their kids and so on. Through that time “Halloween” spawned countless sequels and reinterpretations. Even today, 40 years later, we are no more than two weeks out from another sequel. Michael Myers too has evolved and into a classic horror icon alongside the likes of Dracula, Frankenstein’s monster or the Wolf Man.