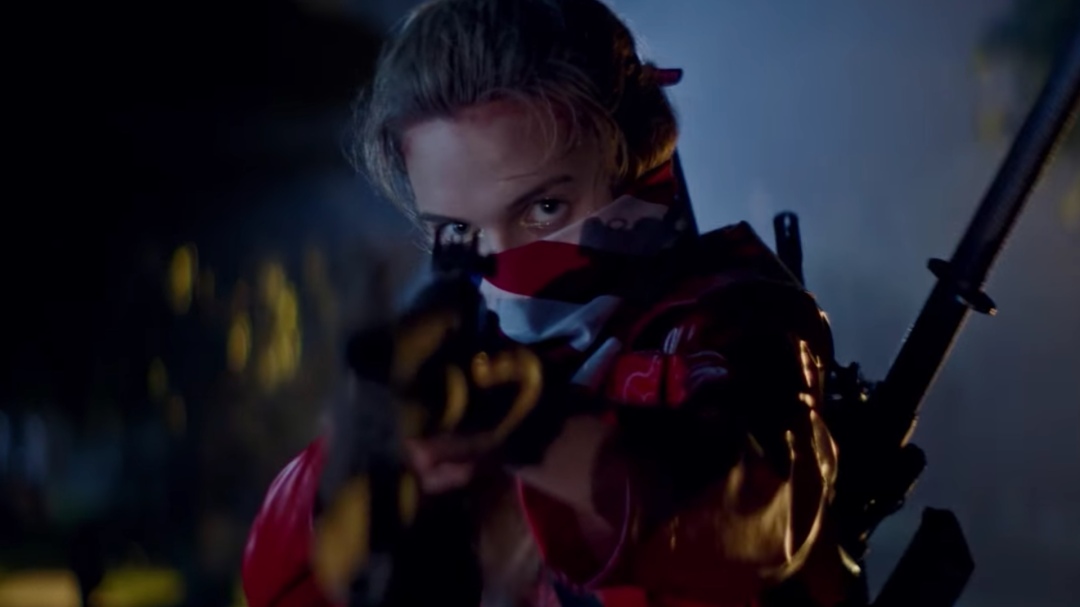 “This is the story of how my town, Salem, lost its motherf–ing mind” a disembodied voice introduces us to the quiet Midwestern suburbia of Assassination Nation, a film that can be described as anything but subtle. Not that it aims to be. Director/writer Sam Levinson’s bonkers exploitation picture opens to a frenetic montage signaling “a few trigger warnings” including: bullying, drinking, drug abuse, social content, toxic masculinity, homophobia, transphobia, guns, nationalism, racism, kidnapping, the male gaze, sexism, torture and fragile male egos just to name a few.

We soon discover the identity of our narrator: a high school senior named Lily, played by a game Odessa Young. Like most teenagers, Lily is snarky, intelligent, insecure, hormonally-charged, addicted to her phone and more than a little willing to let everyone know how socially out of touch they are, especially when it comes to her strict, judgmental parents.

Though Lily makes some strong points about things like sexuality or social media and its effect on self-identity, combining so many hot-button topics with such self-righteous adolescence inevitably leads to moments where Assassination Nation comes off more preachy and pretentious than insightful or inspiring.

However, when we actually meet Lily and her tight-knit band of besties, Bex (Hari Nef), Sarah (Suki Waterhouse) and Em (Abra), they feel like real-world teenagers as they sweatily grinding to their jam and drinking at a house party (that no parents were invited to, it seems) while their crushes “eye-f**k” them from across the room. One of them engages in premarital sex and afterwards they share and giggle collectively at every little detail while snapping and scrutinizing over a zillion selfies hoping to capture that one with the elusive perfect lighting they can post to their Insta-feed.

It’s all smiley face emoji’s until a mysterious hacker starts leaking the good people of Salem’s private photos and videos online for all to see. Countless lives are ruined and blame ultimately hoisted upon a handful of victimized scapegoats (hence the obvious Salem witch hunts comparison). This is where Assassination Nation takes a sudden yet paradoxically organic turn towards midnight movie madness as the girls are targeted for death by many of their neighbors during a Purge-like free-for-all on the streets where they must learn to embrace their inner Rambo if they are to have any chance of surviving the wave of homicidal lunacy. 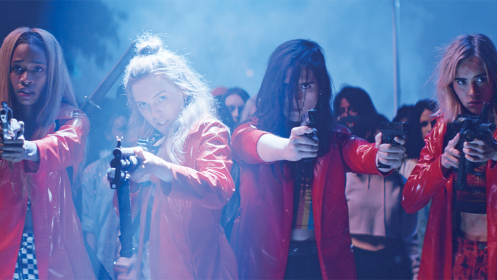 As engrossing as the anticipation of Levinson’s slow-boiling narrative is, I would have liked to have spent more time in the final act. Not that it doesn’t deliver the hyperactive violent goodness it promises, but a few character decisions could have used some more mulling over. A couple characters who’ve never killed a single person in their lives go from zero to sixty instantly and are ready to start murdering fools left and right without much hesitation.

Though the third act could’ve used a bit more time in the oven and the overall film relies too much on lecture-esque monologues to get its points across on its way to satirizing a good number of timely issues, Assassination Nation largely works both as a captivating character study and a bloody grindhouse spectacle.

Seen Assassination Nation? What did you think? I want to hear from you so leave your comments below!