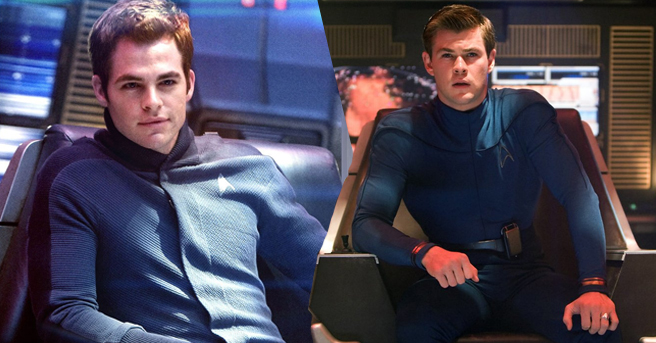 Turbulent news coming out of Paramount this week regarding the Star Trek IP. According to The Hollywood Reporter, both Chris Pine and Chris Hemsworth have walked away from negotiations for the upcoming Star Trek 4. Initial reports said the fourth installment in the J.J. Abrams rebooted Trek-verse would involve time travel and see Hemsworth returning to the role of George Kirk to star alongside Pine as his son, James T.

The article sites– what else?– money as the root of the discourse. It also says that both studio executives and the two Chris’s are open to returning to the table once cooler heads prevail. As of now, however, it looks like the crew of the U.S.S. Enterprise will have to start holding interviews for a new commander.

What do you think about this news? Are you excited for the possibilities that this opens the door to or would you like to see these actors return to these roles? I want to hear from you so hit me up in the comments below!