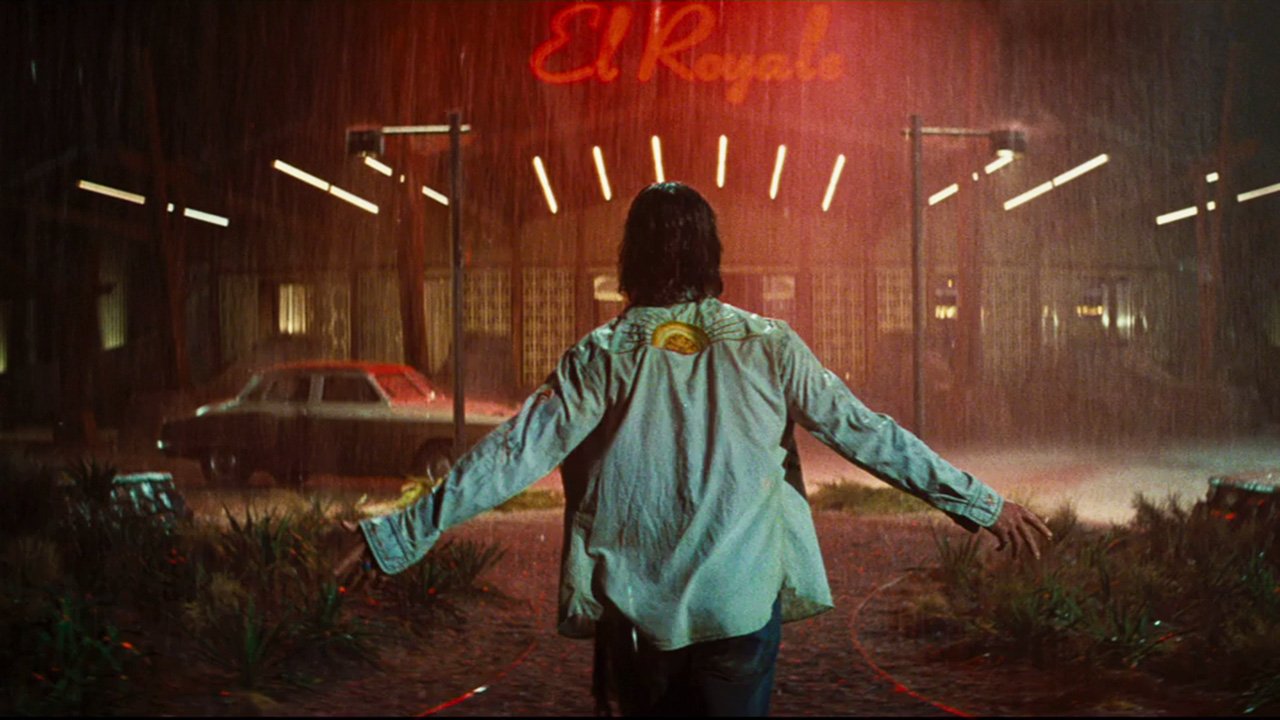 June is coming to a close which means we’re already halfway through 2018 and halfway through another year in film. Don’t panic though, film lovers, because there are still plenty fun and exciting movies to look forward to these next six months! These 15 in particular are lighting up my radar…

Not a lot has been said about Overlord since it was announced last summer. Recently, however, producer J.J. Abrams opened up a bit about the top secret project, bestowing lucky patrons at this year’s CinemaCon with a sneak peek at some footage. Said footage reportedly follows a band of U.S. paratroopers during WWII as they drop behind enemy lines and into a small German village occupied by genetically modified Nazis. According to J.J. himself, the film is “bat shit crazy.” Plus it’ll be Bad Robot’s first foray into R-rated territory, so there’s sure to be plenty of outrageous applications of grotesque special effects.

Tom Hardy is simply one of the most talented actors of his generation. He was great as Bane in The Dark Knight Rises and to see him in the role of yet another comic book supervillain, especially one in such dire need of a big screen reinvention like Venom, is almost an honor.

After the drab Goodbye Christopher Robin, I didn’t think I was going to care about another movie centered around the real life/fictional boy at the heart of the Winnie the Pooh stories. Then I heard Jim Cummings’ warm voice once again as the iconic stuffed bead in the teaser for Disney’s Christopher Robin and my heart melted. Then I saw the full trailer, which highlights the whole Hundred Acre Wood gang, and now I’m sold. This movie just looks delightful!

The first ‘Equalizer’ was a badass revenge thriller with strong character development and terrific performances throughout. The Equalizer II re-teams director Antoine Fuqua and star Denzel Washington for a fourth time. If you ask me, the pair have yet to make a bad film together. Plus it’s the only sequel Denzel has ever agreed to do, so there must be something special about this project.

Jason Statham versus a ginormous shark. What’s not to love?

Incredibles 2 isn’t the only overdue animated sequel this year. Believe it or not, it’s been six years since the first Wreck-It Ralph, a delightful family friendly fare with loveable characters, funny jokes, and plenty of candy-colored video game references. Oh, the references. Judging from the trailers, the follow-up is doubling down on all of it. This time out, though, Ralph and Vanellope are uploading themselves into the internet so the possibilities are seemingly endless.

The unconventional pairing of such talents as Joaquin Phoenix and John C. Reilly is enough on its own to earn my hard-earned bucks. Then you tell me they’re playing mercenaries in the Wild West on the hunt for Jake Gyllenhaal? ARE YOU KIDDING ME! Not sure yet when this movie will hit theaters, but I can promise you that it’s not soon enough!

I’m a fan of when films experiment with atypical forms of visual storytelling. I saw the trailer for the first Unfriended movie and my initial instincts told me that shooting a feature-length film via webcams was cheap and lazy. Unfriended went on to become one of my favorite movies that year. Now Searching looks to be approaching the missing persons detective thriller through similar means and to its fullest, panic-inducing extent. Plus you can never go wrong with sticking in an established performer like John Cho. This film looks intense. 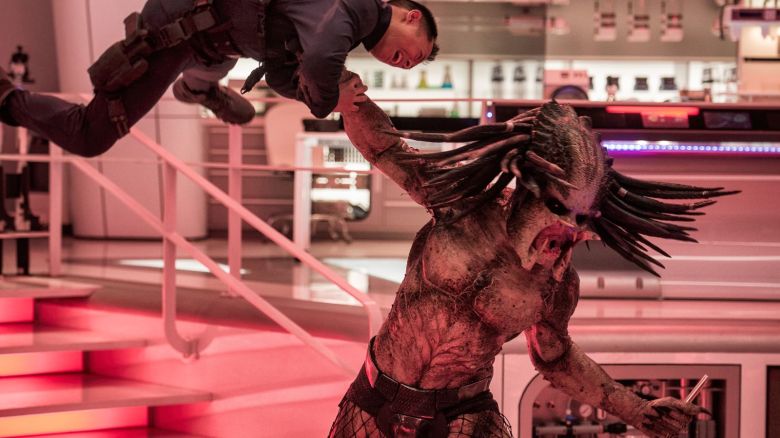 John McTiernan’s ’87 Predator is a film close to my heart. Seeing it way too young, it introduced me to a darker side of science fiction and served as a gateway to the cheesy world of self-indulgent, overly-macho 80s action cinema. Years later, filmmaker Shane Black (who actually co-stars in the original film) is one of my favorite and one of the most unique voices in the Hollywood system today. With his intimate connection to the source material and strong penchant for throwback filmmaking, I have no doubt that The Predator will wind up working as a decent entry into the canon, at the very least.

It’s getting personal now. Queen is my number one band of all-time and their legendary frontman Freddy Mercury is among the few top vocalists who ever lived. The fact that they’ve been supporting this project for years means access to their full discography. Even if this film was just two consecutive hours of their music, it’d still be one of my most anticipated films of the year. I haven’t even mentioned director Bryan Singer, who has built up a renowned career of his own. There’s so much going for this film and a terrific story to be told. I’m ready to rock! I love small, quirky movies. Sorry to Bother You is a small, quirky movie with an unbelievably stacked cast. Plus it’s been receiving rave reviews out of the festivals circuit. Sometimes all you need to sell your movie is a fun trailer and good word of mouth.

I was sold on this film back when all we had was some concept art and a brief synopsis that promised Melissa McCarthy would be solving murders in a world populated by foul-mouthed Muppets. Recently we got to see the first trailer and it had me rolling. There’s potential here this could be the funniest comedy of the year. 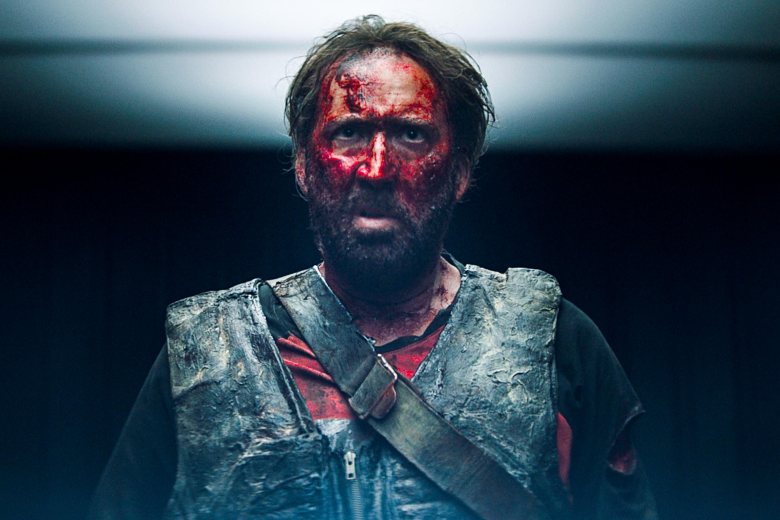 I positively adore Nicolas Cage. Not only is he one of my favorite actors but he’s one of the most gifted and most committed performers in the biz (don’t supposed it runs in the family, huh?). While the vast majority of his work resides in dark vacuum of the straight-to-home-video market, Mandy has been kicking critical ass at festivals (so to speak). The trailer comes off more like some trippy existential crisis than a story; still, word has it Mandy is Cage’s craziest turn yet. Now that’s saying something– something I need to behold.

2.) Bad Times at the El Royale 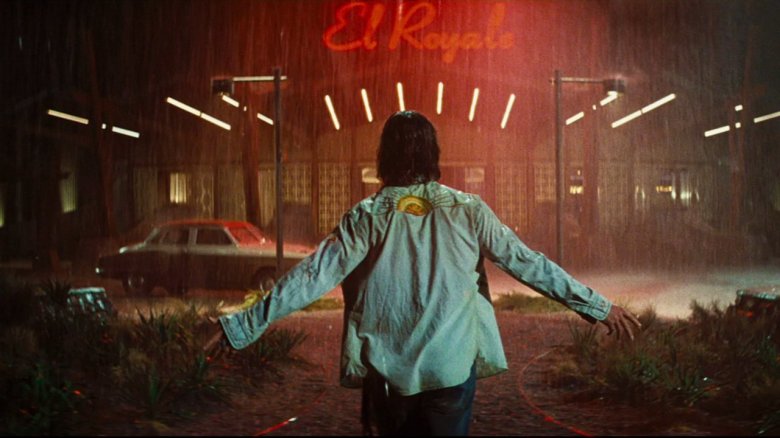 Crazy to think that Drew Goddard hasn’t directed a film since 2011’s genre-busting The Cabin in the Woods. He’s been attached to numerous projects since then, but, for one reason or another, they just haven’t worked out. Finally, Goddard is ready to unleash his next masterpiece (maybe?) unto the world. Behold, Bad Times at the ElRoyale, a dark and twisted pulp thriller with one of the year’s most delicious lineups. Think Jeff Bridges, John Hamm, Dakota Johnson, Nick Offerman and a very topless Chris Hemsworth. Everything about this flick so far insinuates a wild ride that I definitely want to take. 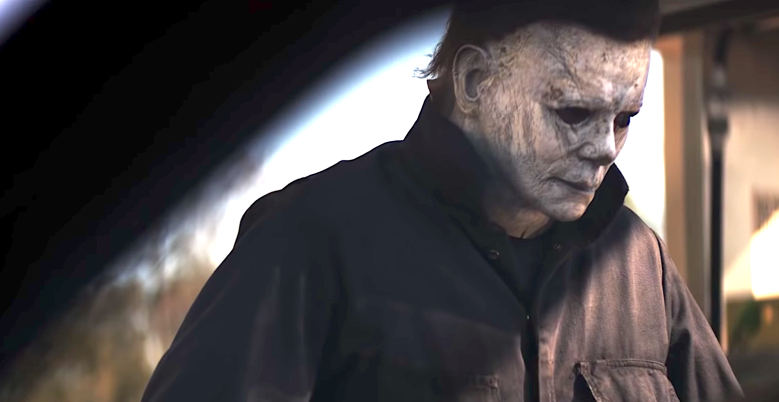 I can’t not be hyped for this film. John Carpenter’s original Halloween is one of my all-time favorite flicks and by the sights and sounds of it, this will be a direct follow-up to the events of the night He came home. Jamie Lee Curtis returns to the role that started her career 40 years ago. John Carpenter himself is returning to the franchise both as an executive producer and composer. Jason Blum, who’s riding a streak as of late with Blumhouse Productions, is co-producing the film. Director David Gordon Green is coming off an Oscar-worthy project in Stronger and is spearheading a script co-written by his longtime friend and horror nerd, Danny McBride. Is it October yet?

Those are my 15 most anticipated movies for the second half of 2018. What do you think? Are you hyped for any of the movies too? If not, what are you looking forward to these next six months? I want to hear from you so hit me up in the comments below!