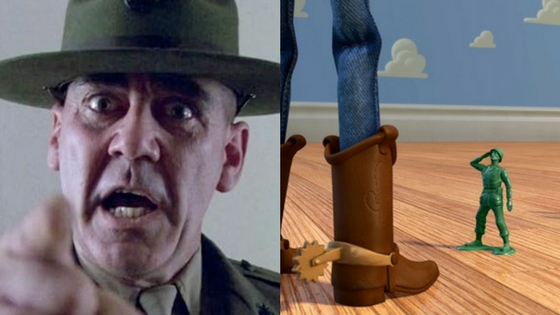 From then on Ermey was consistently cast in similar authoritarian roles and if his face couldn’t be seen, his voice was easily distinguishable. Case in point: Ermey voiced Sarge, the commander of the plastic green Army men in Pixar’s much-beloved Toy Story trilogy.

From 2002 to 2009, Ermey also hosted Mail Call on the History Channel wherein he angrily answered viewer-submitted questions regarding the different weapons, equipment, slang, and tactics utilized by the U.S. military.

Gunnery Sergeant Hartman: How tall are you private?