We are more than halfway through 2017 already. If your New Year’s resolution was to see more movies this year but you just haven’t gotten around to seeing as many as you’d hoped, don’t worry. To make things easier on you, we’ve compiled a list of the movies you really need to see (so far this year)!

*All films were released within the first six month (Jan.-Jun.).

Brace yourselves, we may be in the midst of a Shyamalanaissance (you’re welcome). After the critical and financial success of The Visit, M. Night has taken an even bigger step towards reclaiming his lost title of “The Next Spielberg.” Split is a strong return to form for the writer/director. It’s a tense, deliberately paced thriller that perpetually intrigues and features a spine-tingling performance from James McAvoy as multiple personalities. The film also boats one of the most exciting reveals this year and of Shyamalan’s entire career.

Contrary to its marketing, Colossal isn’t exactly a romantic comedy, monster movie mash-up. Though it shares similar plot points with those types of films (especially in the first act), Writer/Director Nacho Vigalondo actually explores some pretty dark, mature themes here. That said, it is one of the quirkiest, most original films this year with Anne Hathaway reminding us all why she won her Oscar. Jason Sudeikis is strong as Hathaway’s main foil and the two share a captivating dynamic that you won’t soon forget. 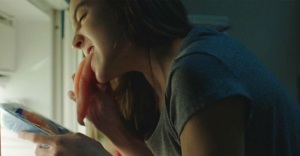 Word was people were fainting during festival screenings of this French horror flick. While Raw didn’t quite affect me in that way (thankfully), certain scenes still make me cringe weeks later. But this film left me with more than just a stronger gag reflex. By exploring the complicated relationship between two sisters, Raw offers unique observations on (among other things) sisterhood and its impact on certain familial structures. Simply put: it’s one of the meatiest films of the year. There’s a lot to sink your teeth into. Okay, I’ll stop. 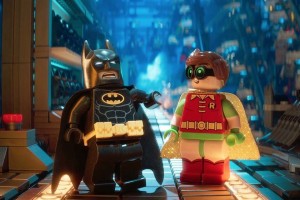 From hard-R cannibalism to animated family fun! Not enough people saw The Lego Batman Movie, which is a shame. It’s some of the most fun I’ve had in a theater this year. Director Chris McKay hysterically pokes fun at Batman and his storied silver screen history with self-referential styling’s similar to the original Lego movie. McKay simultaneously delivers the kickass action we’ve come to expect from a Batman flick. Perhaps the best thing about this film is that it offers a fresh take on the Dark Knight despite serving two of the most iconic brands in the world.

Sure it took 75 years, but it was well worth the wait. Wonder Woman is a pure delight from start to finish. Director Patty Jenkins took one of comics’ silliest, most convoluted origins and adapted it into a coherent and compelling narrative. Gal Gadot is a revelation as Diana Prince and Chris Pine is irresistibly charming as the romantic interest Steve Trevor. Their chemistry is magnetic and holds the film together throughout. Charismatic performances from the supporting cast even win out against some undercooked side character development. Wonder Woman also manages to fit visually within the context of the DC Extended Universe while incorporating some of that humor and infectious energy that make the MCU movies so much fun.

Wakefield is a singular experience filtered through the mind of a sincerely disturbed suburbanite who withdraws from his life and family by hiding away inside the attic of their detached garage. It’s a twisted character study that offers surprisingly frequent laughs as well as some unsettling insight into the psyche of identity and the toll of soulless routine. Bryan Cranston is hypnotic as Howard Wakefield and convincingly conveys the man’s frenzied journey to self-discovery. 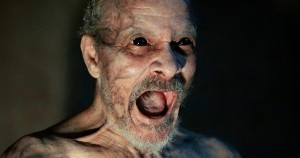 If you go into It Comes at Night with the wrong set of expectations, chances are you’ll leave disappointed. I knew nothing when I sat down to screen it. Gradually, I took what Writer/Director Trey Edward Schults was offering. I encourage all of you to do the same. If you can accept It Comes at Night as a cerebral, slow-burning character study, then you may be able to enjoy the film’s narrative simplicity, haunting cinematography and nuanced performances. You may even find yourself asking “What would I do in this situation?” 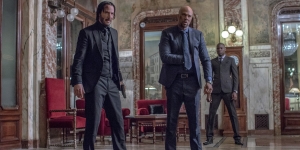 Sometimes there is just no substitute for fun. That’s what the John Wick movies are. The first film gleefully embraces Keanu Reeves’s inner badass as well as an inexplicably intricate mythology and hyper-realistic violence. ‘Chapter 2′ furthers said mythology and doubles down the series’ now iconic “gun-fu.” If you loved John Wick then you’ll probably love John Wick: Chapter 2 all the same, if not more. I certainty did.

Continuing the theme of fun is Baby Driver. Writer/Director Edgar Wright spins familiar elements of the crime genre in a way only he can for this analog comedy. It features Ansel Elgort as a getaway driver who continually listens to music in order to drown out the Tinnitus in his ears. The script is tight and full of snappy dialogue. The supporting cast is equally kinetic and charming, with special props to Jamie Foxx for his standout performance. Wright also makes better use of his soundtrack than any other film I’ve seen, particularly during the riveting action sequences (yes, including Guardians of the Galaxy).

Get Out is not only one of the best movies of the year. It’s one of the most important ones too. Writer/Director Jordan Peele (one-half of Comedy Central’s sketch comedy Key & Peele) has crafted a deft social thriller akin to the likes of The Stepford Wives and Rosemary’s Baby. Here Peele observes the subversive evolution of racism in America through the lens of a young African American man who’s meeting his Caucasian girlfriend’s parents for the first time. It’s a timely, haunting film and one that’s already made a splash via multiple box office records. Look for Get Out come time for Oscar nods.

Logan is not just a great comic book movie. It’s a great movie, period. It’s also the last time Hugh Jackman will play the iconic X-Man Wolverine, after nearly twenty years. Thankfully, Logan is the perfect swan song. Director James Mangold and company have realized a poetic and exhilarating tale of redemption in a world where mutants are nearing extinction. We finally get to see Wolverine in all his raging, R-rated glory. Patrick Stewart gives arguably the best performance of his career as a broken, desperate Professor X. In fact, Logan has the potential to be the first comic book film since The Dark Knight to see an Oscar nod for performance.

There you have it! Our picks for the top 11 must-see movies of the first half of 2017. What do you think of our list? What films made it onto your list? We want to know! Hit us up in the comments section and let’s talk about it!