Believe it or not, we are quickly approaching the halfway mark of the year. That means we have seen half of the films that will be eligible for an Academy Award come early 2018. Yes, true Oscar season hasn’t quite started yet, but not all nominees are selected from the waning calendar months. As such, let’s take a look at a handful of films that so far could wind up with, at the very least, a nomination.

Writer-Director Jordan Peele made quite the splash with his socio-thriller. The film landed positively with critics and audiences alike and went on to break multiple records at the box office. It’s also a smartly written film with layers of social subtext that lend itself easily to multiple viewings. Because of its impact on both the box office and the American social consciousness, Get Out is not likely to be forgotten among Academy circles come time to vote, despite its early February release.

This one seems obvious. Of course The LEGO Batman Movie is going to be nominated for Best Animated Feature, right? Not exactly. Let’s not forget that the successful, well-received The LEGO Movie failed to garner a nomination back in 2014, much to the chagrin of critics and fans alike. So a nod here is not an automatic guarantee. Not to mention the film did not make a stir at the box office quite like The LEGO Movie. That said, this film was similarly adored by moviegoers and demonstrated the same level of wit and heart that’s so often associated with Oscar Darling Pixar. A nomination here would also serve as an apology from the Academy for its overlooking the original film a few years ago.

Beauty and the Beast

Disney’s live-action reimagining of Beauty and the Beast has been, fittingly, a beast at the box office. Earlier this year, the film joined the very exclusive billion-dollar club. That sort of mullah is tough to ignore come voting time. Of course money alone doesn’t get you an Academy Award nomination. However, engrossing detail in set design and costumes do. Plus the Academy loves themselves a good, eye-popping period piece. They also love musicals and this film has a sweeping score to accommodate its song and dance spectacles. And who among us did not fall head over heels for Dan Stevens when he bellowed “Evermore?”

Like I said, the Academy loves themselves an eye-popping period piece and Their Finest definitely fits that mold. Like Beauty and the Beast, the attention to detail within the world of this smaller-scale romance is impeccable and it encapsulates each frame, becoming almost a character onto itself. That’s what production design is all about. Also, it doesn’t hurt that it’s a film about the making of a film (the Dunkirk film before Dunkirk you might say) and the Academy’s self-indulgence has reared itself in similar scenarios before.

Ghost in the Shell 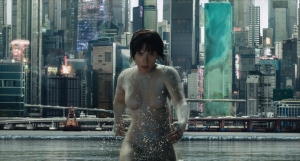 Best visual effects is a category almost entirely dominated by summer blockbusters (see 2014’s small sci-fi flick Ex Machina as an example of an exception). While Ghost in the Shell wasn’t exactly a summer hit, its budget could have fooled you into thinking otherwise. $110 million (BoxOfficeMojo) will make one pretty movie and, if nothing else, that’s what Ghost in the Shell is. Though there is always the more political concern from the Academy’s perspective that they won’t want to honor a film that received as much social backlash as this live-action anime did.

But if the Academy does decide to go ahead and acknowledge Ghost in the Shell, then there is also the chance that they might do so for its production design. Alongside the stunning visuals, the world of this adaptation is as colorful and enveloping as the beloved anime classic. Guess we’ll have to wait and see how the voters respond to this mixed bag of a film.

Guardians of the Galaxy Vol. 2 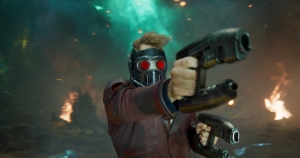 Superhero movies get a lot of technical love come Oscar season. In fact, the original Guardians of the Galaxy was nominated for Best Visual Effects. It also received some love in the Makeup and Hairstylings department. Seeing is how the franchise has a track record in these categories plus how Director James Gunn and company have managed to step up there game by introducing new, colorful alien races, it is very possible that ‘Volume 2’ could get the same treatment. 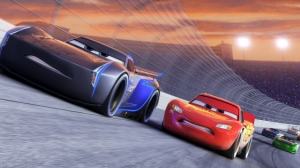 There used to be a time when the Oscar for Best Animated Feature mind as well have been renamed the Pixar Award. If they put out a film that year, you knew beyond the shadow of a doubt they would sweep it up. Alas, that time has come and gone and rival animation studios such as DreamWorks, Laika, and Illumination have stepped up their respective games. It also doesn’t help that Pixar has, for the most part, been focusing on stinker sequel/prequel projects as of late.

After not even seeing a nomination last year (a strong year for animated films, Cars 3 could, believe it or not, be a return to form of sorts for the company. It’s received mostly positive feedback from critics and fans and the original Cars film did itself receive a nod though it went ultimately lost out to George Miller’s Happy Feet. To its benefit though, 2017 isn’t looking as strong for animation as 2016 was. If nothing else, Cars 3 could end up just being a placeholder.

You probably wouldn’t believe me, but the Transformers films have a track record at the Academy Awards. If they don’t win, they are at least a lock for one or more of the technical awards. Call me crazy, but there actually is some good going on beneath all the Michael Bay explosive noise. I would not be shocked if ‘The Last Knight’ followed suit and received a nod in one of these categories as well.

Despicable Me is a very lucrative franchise, so much so that the Minions have become Illumination Entertainment’s calling card. That said, the films have never made much of an impression on the Academy. The original was not even nominated back in 2010 and though Despicable Me 2 was nominated, it eventually lost out. The films have made a positive impression, mostly, on critics and audiences so there is love for them. Plus the last one was nominated so there is potential we could see “Despicable 3” repeat. 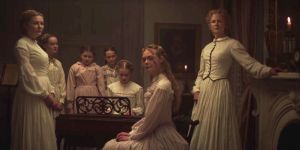 This may sound crazy but hear me out. The Academy likes being on the right side of political issues. The last few years it’s involved the lack of representation for minorities. This year the hot button topic in Hollywood seems to be female directors. With the success of Wonder Woman and the underdog story that is Patty Jenkins, the Academy might be tempted to show some love towards the underrepresented filmmakers of the female variety.

The Beguiled might just be the outlet for them to do that. Sofia Coppola’s reimagining of the 1971 Clint Eastwood flick has been receiving early praise from audiences on the festival market. Plus the film stars a mostly-female cast. Then there’s the fact that Sofia Coppola is the bearer of a time-honored name in the industry. Maybe that will help ease the trepidation they seem to have towards nomination female directors. 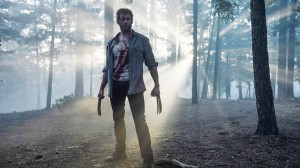 With the exception of the technical categories like visual effects and sound, the Academy doesn’t typically show a lot of love for superhero movies. They bear the stigma of being nothing more than popcorn pulp. Still, there is a lot of love for Logan and the film’s got a lot going for it. First off, it benefits from a much smaller scale than its super powered peers. It feels more like an indie film than a comic book movie. There’s the chance that the severe lack of in-your-face digital noise helps Academy members digest it more easily.

Then there are the performances. Many are calling Hugh Jackman’s last ride as Wolverine his best performance yet, even better than his Oscar-nominated bow in Les Miserables. If the Academy members too have hearts (and we think they do), then there’s a chance Jackman could be nominated for Best Actor. Similarly, Patrick Stewart has been praised for his work as a dilapidated Professor X. Many are hailing his performance in Logan as his best work yet.

There is the chance that the Academy won’t want to give their coveted Best Actor Award to a comic book movie, but they might be more lenient when it comes to Best Supporting Actor. For this reason, Stewart has the edge if just one of these guys gets noticed for their work in this beautiful film and even more so if only one walks home with the gold.

Additionally, Logan could be looking down the barrel of a Best Picture nod. It’s a real possibility in a world where the Academy now nominates anywhere between 5 and ten films for the category. The film was praised by many for elements typically cherished by Academy voters, such as powerful performances and rich storytelling. It is still a comic book movie, however, so even if it does land a nomination for Best Picture, don’t be looking for Fox producers to be holding the gold come the end of the ceremony.

There you have it! A few early 2017 films that could turn in Oscar-worthy runs. What do you think? Do you agree or disagree and what other films of the first six months will you be looking for come February 2018? Let us know in the comments below!