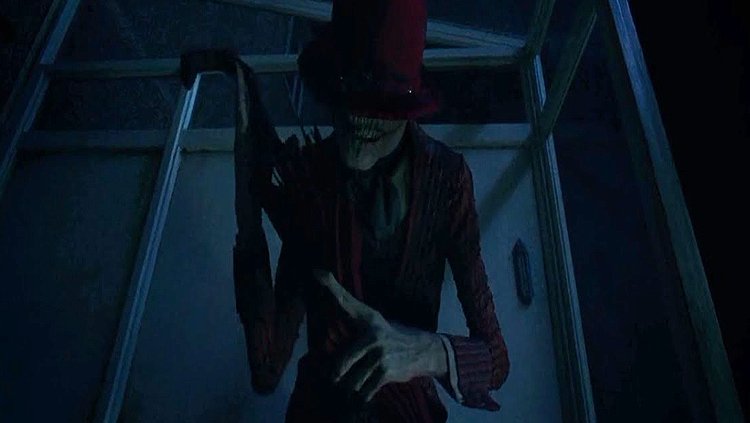 Just like the demons of its namesake, The Conjuring cinematic universe grows stronger the more fear it spreads. It just keeps growing and growing, this time adding a film that fans have actually been clamoring for.

THR reports that, along with The Nun, The Conjuring 2 will also be spinning off into The Crooked Man. Mike Van Waes (whose only other IMDb credit includes an upcoming Wizard of Oz horror project) will pen the script for a story by James Wan, though no release date has officially been announced.

The Crooked Man character has roots in an English nursery rhyme:

And they all lived together in a little crooked house.

The first spinoff of the series came out in 2014 and went to the possessed doll Annabelle with a film of the same name. A prequel to Annabelle (aptly titled Annabelle: Creation) is currently in the works and scheduled to hit theaters August 11th this year. It is directed by David F. Sandberg, who wrote and directed the surprise horror hit Lights Out last year.

The next entry in The Conjuring universe, The Nun, is slated to drop Friday, July 13th of 2018. The film stars Demian Bichir as a priest who investigates the mysterious death of a nun.

As of now, the films of The Conjuring universe have scared up a worldwide total nearing $900 million.

What do you guys think of this news? Are you excited for The Crooked Man? Do you enjoy these spinoffs? Let us know in the comments below!