The storied histories of the ‘Wonder Woman’ movie

It’s just beginning its theatrical release and already there is a lot of history behind the new Wonder Woman movie. For starters, there’s the story behind the titular heroine herself. […]

It’s just beginning its theatrical release and already there is a lot of history behind the new Wonder Woman movie. For starters, there’s the story behind the titular heroine herself. Diana Prince of Themyscira first debuted back in 1942 as the creation of one William Marston, an American psychologist and inventor of the polygraph machine (think Wonder Woman’s Lasso of Truth).

That was 75 years ago. Since then, Wonder Woman has become one of the most iconic and influential superheroes of all time (joining Superman and Batman as a founding member of the Justice League and one-third of DC Comics’ so-called “Holy Trinity”). She even had her own television show starring Lynda Carter back in the late 1970s. Though despite these successes, the Amazon Princess hasn’t been able to break into the movie business until now.

It is fortuitous then that the responsibility of

bringing Wonder Woman to life on the big screen should fall to Patty Jenkins, who’s had difficulties of her own trying to make it in Hollywood. And though Jenkis directed Charlize Theron to her first Academy Award in Monster (Jenkins’ first film), the director has not made a movie since. That was fourteen years ago.

Now flash forward a decade. Though Wonder Woman is still a few years out, Hollywood is proliferated by superheroes. Marvel has struck box office gold by bringing their comic book characters together on the silver screen. They’re experiencing so much success, in fact, that now every studio is grasping at straws for some semblance of a cinematic universe and Marvel’s “Distinguished Competition” over at DC and Warner Bros. is no exception. 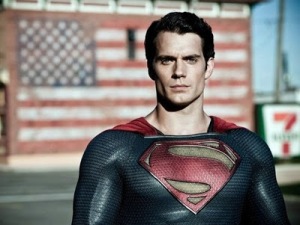 Enter Zack Snyder, who at this point has established himself as a visionary filmmaker with films like the Dawn of the Dead remake, 300, and Watchmen. WB has brought Snyder on to direct the Superman reboot Man of Steel and to establish what he would later deem the “DC Extended Universe” (or DCEU for short).

Man of Steel ultimately crushed at the box office, but Snyder’s film was divisive among fans and critics. Over the next few years Warner Bros. continued to build their universe with Batman v. Superman: Dawn of Justice and Suicide Squad. Though financial successes, neither film put up the boffo numbers that Warner Bros. executives were hoping for and both films were critically panned. To make matters worse, a myriad of potential writers and directors were signing onto then leaving future DCEU projects. Suddenly, the skies were not so blue for the House of the Big Blue Boy Scout. 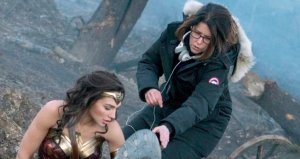 Now, standing at the edge of oblivion, a hero emerges. Not only is Patty Jenkins’ second film the first DCEU entry to earn a fresh rating on the Tomatometer (60%), but it’s blown past expectations earning a 93%. Critics and early audiences obviously love Wonder Woman but will this be a case of too little, too late?

It’s a story 75 years in the making and it’s still not over. How will Wonder Woman fare at the box office after three disappointing DCEU outings? Will the combined popularity of the storied Amazon and the underutilized talent of a neglected superstar be enough to accomplish what no man has yet to achieve? Only time will tell. 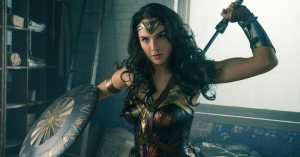