Ranking ‘Wonder Woman’ & the rest of the DCEU movies

Tonight marks the unofficial release of the much-anticipated first film featuring the much-neglected female superheroin Wonder Woman. To add to the hype, the film is being praised by critics and […]

Tonight marks the unofficial release of the much-anticipated first film featuring the much-neglected female superheroin Wonder Woman. To add to the hype, the film is being praised by critics and fans lucky enough to catch themselves an early screening (Wonder Woman is currently sitting at a 92% on the Tomatometer at the time of writing this article). However, not all films in the DCEU thus far have been met with the same acclaim.

The first three entries (Man of Steel, Batman v. Superman: Dawn of Justice, and Suicide Squad) have been divisive to say the least. In preparation for Wonder Woman and a (hopefully) brighter future, let’s briefly examine the early years of the DC Extended Universe and examine how these aforementioned flicks stack up against one another.

*As with our Pirates of the Caribbean rankings, this list will read from best to worst. 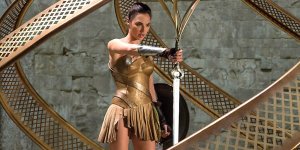 As I mentioned earlier, Wonder Woman is being hailed as the DCEU equivalent of a breath of fresh air. It easily tops the other three films on this list, at least as far as pure enjoyment and re-watchability is concerned. I’ll keep specifics to a minimum for the sake of spoilers, but overall it’s a gorgeous film with sensational, comic book action and a heart of pure gold. Chris Pine and Gal Gadot are irresistibly charming together as a pair of loveable do-gooders enveloped by one of the prettiest movie worlds I’ve ever seen. Boasting dazzling visual effects and practical designs to postcard-esque cinematography, Wonder Woman is, in every sense, a wonder to behold.

The best thing to come out of this Superman reboot is the casting of Henry Cavill as, well, Superman. Much like the titular hero himself, the man has a heart of gold. Not to mention he looks like he was ripped straight from the cover of Action Comics no. uno. Unfortunately, he’s bound by a dreary script that never allows him to become the Superman we all know and love (be it from the comics or even the Richard Doner film from the 70s).

It’s also difficult to invest in a movie that spends its first twenty minutes unnecessarily regurgitating the mining politics of a doomed civilization and the next twenty minutes following a scowling vagabond with the personality of a footstool. Man of Steel also relies on a seemingly perpetual green screen to digitize its gloomy environments wherein Wonder Woman often opted to build practical sets, which went a long way towards that film’s complete immersion. There’s just something about good, old-fashioned moviemaking that not even a supercomputer, or Superman, could replicate.

I’ve never made the kinds of noises I made in anticipation for Batman v. Superman: Dawn of Justice. I was so ready for this movie. And then I saw it. Words failed to express the gaping disappointment I felt deep in my heart. Thankfully, I’ve since then been able to find things within the film that I positively adore. Such is the casting of Ben Affleck, who perfectly embodies both the snarky billionaire playboy in Bruce Wayne and the vexed vigilante in Batman. Jeremy Irons matches Affleck’s brilliance as Bruce’s hands-on butler/father/partner-in-crime. The pure comic book indulgence of the actual throwdown between Batman and Superman leaves me schoolboy giddy every time I watch it. The problem is you have to slug through more than two hours of a needlessly convoluted setup to get there. And then it lasts a few fleeting minutes.

‘BvS’ also boasts the same muddy visuals and extensive plot holes of its predecessor (Man of Steel). And let’s not forget they shoehorned an entire storyline from the comics into the last twenty minutes just for the sake of setting up the next film (the upcoming Justice League, also by Zack Snyder). Batman v. Superman may be the dawn of the Justice League, but it’s not the dawn of justice for these characters (see what I did there?). 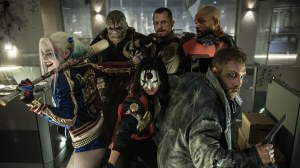 After the heartbreak of Man of Steel and Batman v. Superman, I figured I was ready for the ultimate disappointment that would be Suicide Squad. Boy was I wrong. Somehow, DC Comics and Warner Bros. found a way to lower the bar even further for their cinematic superhero universe, even with the talented writer-director David Ayer (End of Watch, Fury) at the helm. Much like Man of Steel, the best thing about this film is the casting. As Deadshot, Will Smith proves he still has the movie star charisma to lead a blockbuster film. Margot Robbie impeccably embodies the unhinged mania that is Harley Quinn. Then there’s Viola Davis, who was born to play the cunning, manipulative Amanda Waller.

Despite the overflow of talent, none of these characters’ decisions make much sense. Moreover, the entire premise of banding together a disposable group of baddies to protect us from the likes of a rogue superhuman is laughably idiotic when you consider the fact that, for all extensive purposes, these baddies are just regular people. Of all the DCEU films to date, Suicide Squad boasts the most obvious plot holes.

Then there’s the whole trailerhouse debacle which ultimately left the film feeling more like a montage of grunge music videos than an actual narrative. And when the climactic final showdown hits, it’s tough to see what’s going on because, once again, the visuals are so muddled. Suicide Squad has all the problems of the first three DCEU films but amplified, plus more. It’s a mess of a film.

What do you think of our ranking? Do you agree? Or would you switch it up a bit? Let us know your ranking in the comments below!