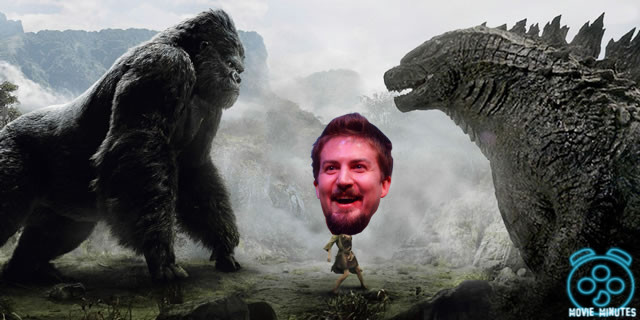 Adam Wingard is the new King of Monsters. Per The Hollywood Reporter, the filmmaker has officially signed on to spearhead the forthcoming Godzilla vs. Kong for Warner Bros. and Legendary Entertainment.

If the title is anything to go by, the film promises to pit against one another the two movie monstrosities, paw-on-claw. One from Gareth Edwards’ 2014 Godzilla and the other from this year’s Kong: Skull Island (catch our review here).

Wingard himself is a busy guy. So far he’s established a cult fandom with B-list horror flicks like You’re Next and The Guest (starring Dan Stevens). He’s also been recognized for his standout entries in the two anthology horror series V/H/S and The ABC’s of Death. The filmmaker’s last directorial effort came in the form of last year’s surprise sequel Blair Witch and he’s currently wrapping up an American-ized Death Note film for Netflix.

Godzilla vs. Kong will start tearing up theaters May 22, 2020. If you can’t wait that long to sink your teeth back into this shared monster-verse, don’t fret. Godzilla: King of Monsters, a sequel to the 2014 film, is slated for release on March 22, 2019.

So what do you think of this news? Does Wingard’s involvement make you more or less excited for this film? Sound off in the comments below with your thoughts and let us know!