Believe it or not, Johnny Depp actually garnered an Oscar nomination for Best Actor with his iconic performance as the goofy Captain Jack Sparrow in Pirates of the Caribbean: Curse of the Black Pearl. It’s fourteen years later and we’ve now got five of these things (that’s right, five films based on a Disney theme park ride). Obviously, certain films in this tired franchise are better than others, so with the release of ‘Dead Men Tell No Tales’ just on the horizon, now is the perfect time to reflect back on the series’ high and low tides.

1.) Pirates of the Caribbean: Curse of the Black Pearl 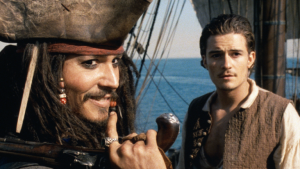 I’m just going to come right out and say it: Pirates of the Caribbean: Curse of the Black Pearl is a perfect film. Now by no means am I asserting that it’s one of the greatest films ever made (although it’s certainty one of my favorites). I’m simply suggesting that the first ‘Pirates’ film is the best version of itself that it could possibly be. It’s funny, action-packed, and frequently heartfelt with strong characterization and memorable performances from its tremendous cast. If you haven’t already, do yourself a favor and make sure to cross this one off the ole bucket list. 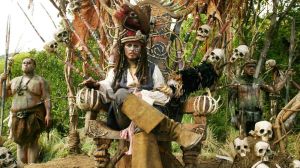 To many critics and fans, this is where the ‘Pirates’ films start taking on water. And while I agree that this first sequel marks the beginning of the series’ over self-indulgence, by no means is this a bad film. Not only does Dead Man’s Chest expand upon the mythology of the first movie in new and interesting ways but it successfully grows the three leads beyond where they initially left off: Will and Elizabeth are arrested for aiding the escape of Jack (in the first movie) and in exchange for their freedom, the pair must hunt down their former partner in crime and return him to Port Royal. This film also marks the only time we see Captain Jack truly terrified as he’s simultaneously pursued by fabled infamy himself, Davy Jones. The new villains are equally well developed and Bill Nye as Jones is a strong addition to the already impressive cast. Dead Man’s Chest may not be a timeless treasure, but it’s a worthy follow-up to Curse of the Black Pearl.

3.) Pirates of the Caribbean: Dead Men Tell No Tales 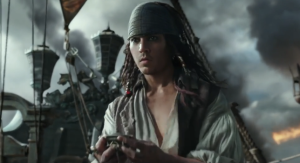 Unfortunately, the latest film in the ‘Pirates’ franchise is not the greatest. That said, it’s still one of the better entries (if that means anything to you). There are flashes of inspiration here and there that come close to recapturing the adventurous spirit of the original light-hearted fare, particularly in terms of practical stunt work. And while Captain Jack is as static as ever, we do learn a bit more about his backstory and see just how he became Captain Jack. The series also continues to add talent. Javier Bardem is an outstanding addition to the ‘Pirates’ hall of infamy. Likewise, Brenton Thwaites and Kaya Scodelario are great as the “new” Will and Elizabeth, though they’re often overshadowed by Captain Jack’s predictable hijinks. Additionally, this film seems uninterested in the established ‘Pirates’ lore and does little to expand it. Essentially, it’s the Diet Coke of the Pirates of the Caribbean pictures. It’s not as sweet as the original but neither is it a detriment to your health… At least in small doses.

*You can catch our video review of the latest ‘Pirates’ here!

4.) Pirates of the Caribbean: At World’s End 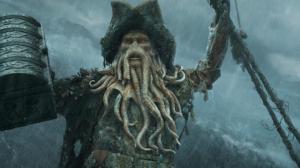 If Dead Man’s Chest is where these movies start taking on water, then At World’s End is where the whole thing gives way and sinks under the weight of its own bloated cargo. There are too many concurrent subplots, a bounty of useless characters, a convoluted development of the mythos, and most of the practical stunt work is replaced by special effects noise. Worst of all, this excess of nonsense racks up a total runtime nearing three hours. Thankfully, voyage isn’t entirely hopeless. There are a couple lifeboats. For one, the performances are still top notch despite the fact that most of the characters’ arcs head in some overly-silly directions. And some of the action lends itself to some pretty memorable sequences, particularly the three-way war at the end which features a magical whirlpool. I’m getting a headache just thinking about all this.

5.) Pirates of the Caribbean: On Stranger Tides 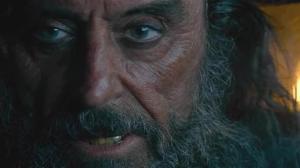 Our reflection from first to worst ends here, On Stranger Tides. Before we dive into justifying this film’s ranking, let’s talk about the light at the end of the proverbial tunnel. This, the fourth entry in the series, does boast the shortest runtime of the bunch, ringing in at only two hours and seventeen minutes. Ian McShane and Penelope Cruz jump aboard, once again keeping with ‘Pirates’ tradition of bringing in big-name talent. Unfortunately, none of it is enough to keep On Stranger Tides afloat. The film is a dreadful bore. The action is much too tame and Captains Jack and Barbossa are both caricatures of their former selves. This film plays out more like a fan fiction “What if?” scenario than a legitimate chapter in the life of one of cinema’s most iconic adventurers.

Yo-ho-how did we do? What do you think of our ranking and what would yours look like? We want to know! Drop down into the comments section and let us know!