Skip to content
Ghost in the Shell (2017)- Review
Movie Reviews

Director: Rupert Sanders Starring: Scarlett Johansson, Pilou Asbæk, Takeshi Kitano, Juliette Binoche, Michael Pitt Synopsis: In the near future, Major is the first of her kind: A human saved from […]

There’s more tension surrounding the live-action Ghost in the Shell than there is in the actual movie. In fact, a documentary centered on the film’s impenetrable marketing, controversial casting, and box office bombing would probably make for a more compelling narrative.

To his credit, Director Rupert Sanders (Snow White and the Huntsman) has adapted the surface world of the Ghost in the Shell anime into live-action with hair-raising accuracy. His film is gorgeous, glossing intricately detailed sets with cyber punk aesthetics for a neo-noir varnish. It’s as if Sanders scanned the pages of the anime directly onto the screen.

That said, the film is more shell than ghost. The profound source material has been stripped of its less conventional elements in favor of a final product that’s much more agreeable by Hollywood’s standards, which in this day and age equates to a superhero origin story minus the exhilarating fight choreography and exuberance that comes with discovering you have superpowers. Instead, there is an abundance of somber dialogue accompanied by long, gloomy gazes out windows. 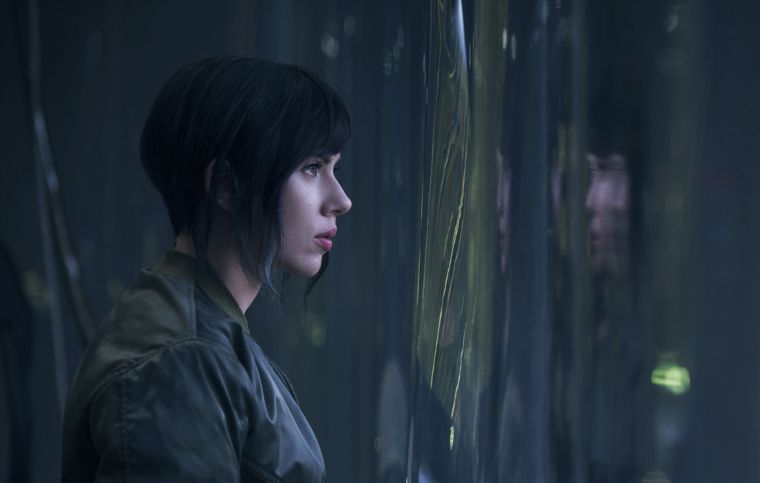 Thankfully, the talented cast does what it can to carry the slack of the lackluster action and dull, repetitive themes. Controversy aside, Johansson delivers a solid performance as Major. I (mostly) bought into her two most prominent relationships. And living up to his nickname, Japanese star “Beat” Takeshi Kitano highlights the film with a couple of legitimate badass beat downs.

Still, if you’re watching Ghost in the Shell and you get the feeling you’ve been here before, don’t worry. It’s not a glitch in the Matrix. It’s just your inner moviegoer telling you you’ve seen this all before in better movies.

What did you think about the new Ghost in the Shell flick? How did you feel about the casting? And who wants to make that documentary? Let us know in the comments below!