There’s a new boss at the box office. In its opening weekend, DreamWorks’ The Boss Baby came out on top with $49 million, despite filling a diaper critically (you can […]

There’s a new boss at the box office. In its opening weekend, DreamWorks’ The Boss Baby came out on top with $49 million, despite filling a diaper critically (you can check out our written review here or our video review here). Its shocking success could be due to the current lack of family programming. The animated film narrowly beat out Disney’s Beauty & the Beast, which brought in $47.5 million in its THIRD weekend (which is still insane!).

The last three films in the top five sing similar songs of disappointment, though some more so than others. Ghost in the Shell had the most dramatic turnout, landing $19 million on a $110 million budget. The live-action anime suffered from muddled marketing and a huge backlash for its whitewashing with Scarlett Johansson.

Power Rangers dropped 64% in its second week with $14.5 million. Worldwide, the film has grossed just under $100 million. With a $100 million production budget, a sequel is far from a done deal if we get one at all.

Kong: Skull Island rounded out the top five, adding an extra $8.8 million for an international cume just over $479 million. This sounds like a raging success; however, the giant monkey movie cost almost $200 to make. To ring a profit, typically, films need to more than double their budget once you throw in marketing and distribution costs. This said, ‘Kong’ is just on the cusp of making money, so it will be interesting to see how Legendary and Warner Bros. approach their upcoming Godzilla sequel and King Kong vs. Godzilla.

Here are this weekend’s top five finishes as well as their specific tallies (provided by the lovely Box Office Mojo): 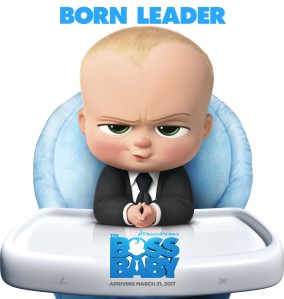 2.) Beauty and the Beast

This weekend you can discover the animated Smurfs: The Lost Village in theaters. The senior heist comedy Going in Style will also be looking to make a clean getaway. The faith-based film The Case for Christ and the Anne Hathaway creature feature Colossal also opening.