Another year, another live-action adaptation of a beloved Disney classic. Trust me, it’s more fun than it sounds. These Disney reimagining’s have, for the most part, excelled in the expectations department (with the exception of Maleficent). This reviewer would even go so far as to make the argument that last year’s The Jungle Book (directed by Jon Favreau) was one of the best films of 2016. Now, in 2017, we get Beauty and the Beast and though I have my doubts it will make many top ten lists come the end of the year, it’s still a strong retread.

It’s a tale as old as time (you knew that was coming) so by now you probably know how it goes. Belle (played by the ever-endearing Emma Watson) is a small town farm girl with big-time aspirations, like seeing the world and teaching other girls to read. These aspirations make her an outcast in the eyes of the townsfolk who simply want to keep the status quo. Emma Watson brilliantly maintains Belle’s rebellious edge as well as her quiet dignity. She doesn’t take crap from anyone but she’s also the nicest person you’ll ever meet. 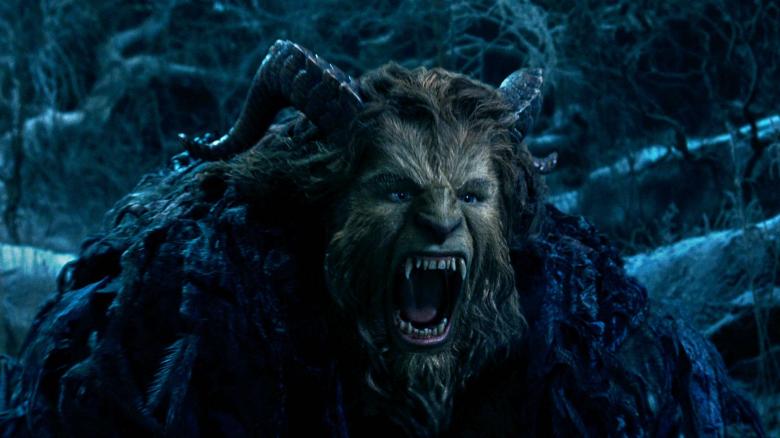 One stormy day, on an annual run to the market outside town, Belle’s father Maurice (Kevin Kline) is ambushed by wolves. He narrowly escapes with his life before taking shelter inside a long-forgotten castle tucked away deep in the wilderness. Kline subtly draws sympathy for Maurice. In addition to being taken hostage by the castle’s furry tenant, Maurice also lost the love of his life years ago and there’s a sense of “damaged goods” about him.

Dan Stevens as the Beast is equal parts terrifying and tenderhearted. It’s easy to see why someone like Maurice or the townsfolk would fear him: they don’t truly know him. Alas, that’s the moral of the tale so it’s fitting that, after Belle winds up a prisoner herself after arriving to free her father, the best parts of the film revolve around her and the Beast getting to know each other. 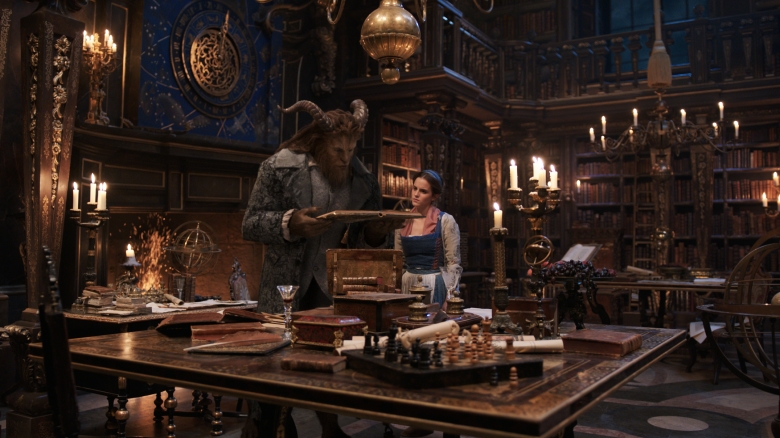 Between the grandiose (and sometimes over-inflated) musical numbers, Director Bill Condon allows the scenes between Watson and Stevens to breathe and thus the intimacy of their performances takes over. This is where the pieces of their relationship start coming together: their similar sense of humor, their shared interest in literature, and equal intelligence. After a short while, it became clear that these two were meant for each other.

I found myself giddily smiling along as their romance bloomed. More importantly, I shed tears as they wept for each other in the third act. Their relationship was legitimately earned through time well spent. In fact, when Belle had to leave the castle in order to once again save her father (redundant, I know), the Beast’s rendition of “Evermore” (one of the new songs written especially for this adaptation) was a highlight for me.

I haven’t even mentioned the colorful supporting cast yet. Most prevalent is Luke Evans, who perfectly portrays the cartoonish narcissism of Gaston as he tirelessly throws himself at Belle, even if Evans occasionally over blows the role. Josh Gad gleefully fills the britches of LeFou, Gaston’s loyal and sarcastic sidekick. Though not always the most likable characters, the pair provides a lot of the comic relief and star in some of the more memorable moments in the movie.

And though the castle is cold and dark, it too is full of personalities. Whether it’s Ewan McGregor as the flamboyant Lumiere, Sir Ian McKellen as the grouchy Cogsworth, or Emma Thompson as the cheery Mrs. Potts, everyone is a delight. They bring life to their otherwise lifeless surroundings, especially when it’s time to put on a show.

The costume and set departments also deserve shout-outs. Though the practical stuff sometimes awkwardly clashes with the digital stuff, the world of this Beauty and the Beast is undeniably stunning and intimately detailed.

The more I think about this movie, the more I like it and the less its faults bother me. I will mention, however, that the last bit of dialogue between Belle and the prince felt out of place and left much to be desired. But after wiping that small bit of unpleasantness from my mind, I found a new love for this story.